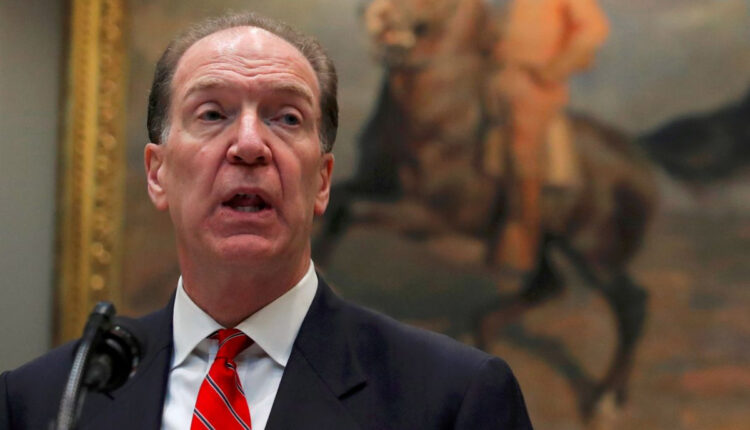 The president of the institution, David Malpass, warned about the negative implications this would have for emerging economies

The president of the World Bank, David Malpass, warned of the negative implications for emerging and developing economies of setting an excessively high minimum corporate tax at the international level, such as the 21 % raised by the United States Secretary of the Treasury, Janet Yellen.

“It seems to me a high corporate rate, but this is not my decision,” Malpass said in statements to the BBC network, when asked about the possibility of setting a hypothetical minimum global corporate tax at 21 %.

In this sense, the president of the World Bank defended that the fundamental thing is to achieve growth for countries around the world and tax rates are an important issue for everyone, therefore, there must also be a legal environment “to attract new investments to the poorest countries.“

For its part, the International Monetary Fund (IMF) has been in favor of the possibility of establishing a minimum tax at the global level to tax the profits of corporations and even proposed introducing temporary tax increases to the highest incomes to help to pay the bill for the crisis.

The president of the United States, Joe Biden, also proposed raising the corporate tax for companies in the country to 28 % from the current 21 %, while in the United Kingdom it is contemplated to raise the tax from 19% to 25% in 2023.

Crypto Council, the new project led by experts in cryptography

USA seeks new agreements with the UK and the EU

IBM boosts its profits thanks to the blockchain