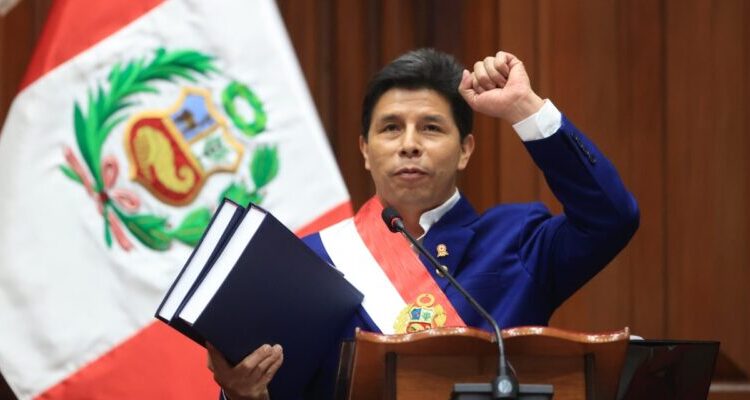 Pedro Castillo was removed as president of Peru and detained by the Prosecutor's Office at the headquarters of the Prefecture of Lima, the capital

The Prosecutor’s Office detained the ousted president of Peru, Pedro Castillo, on Wednesday, December 7, at the headquarters of the Lima Prefecture, where he went with his family and former Prime Minister Aníbal Torres after announcing that he was dissolving Congress, a government decreed. of exception and called new legislative elections.

Hundreds of protesters took to the streets of the Peruvian capital, Lima, this Wednesday after Congress approved the impeachment of Peruvian President Pedro Castillo, who was detained at the headquarters of the Lima Prefecture.

With a heavy police presence, dozens of protesters gather in front of Congress on Abancay avenue with Peruvian flags, banners and horns to celebrate Castillo’s removal in a march that was announced Tuesday under the name “Tama de Lima.”

Before Congress approved a motion of no confidence against him with 101 votes in favor, Castillo announced his dissolution, as well as the formation of an emergency government and a curfew from 10:00 p.m. (local time) until 4:00 a.m. to avoid altercations.

The Embassy of Spain in Peru recommended that Spanish citizens avoid going near the areas where concentrations are taking place in Peru and limit travel “to the essential minimum.”

US GDP could recover by mid-year