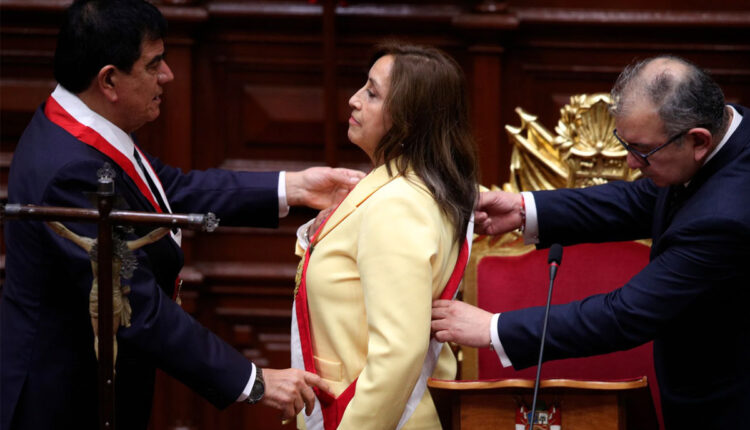 Dina Boluarte was sworn in as the new president of Peru, thus becoming the first in the country’s history, since as vice president, as established by the Constitution, she had to assume office after the dismissal of Pedro Castillo by Congress .

“I swear by God, by the country and by all Peruvians that I will faithfully exercise the position of President of the Republic, which I assume in accordance with the Constitution, from now until July 26, 2026“, he said after receiving the presidential sash. from the hands of the president of Congress, José Williams Zapata.

In her first speech before Congress as president, Boluarte called “for the unity of all Peruvians“, earning applause from the chamber. “It is up to us to talk, dialogue, reach an agreement, something as simple as it is so impractical in recent months.”

“I call for a broad process of dialogue between all the political forces represented or not in Congress”, said Boluarte, who called for a “political truce to install a government of national unity” and “the support of the Prosecutor’s Office to enter the structured corrupted by the mafias”.

Although in recent months Boluarte came to state that if Castillo were dismissed by Congress, she would go with him, the latest actions of the former president have made her change her mind and from the first moment she was blunt against what he has defined as “a coup d’état”.

Antonopoulos: Blockchain is a “corporate toy”