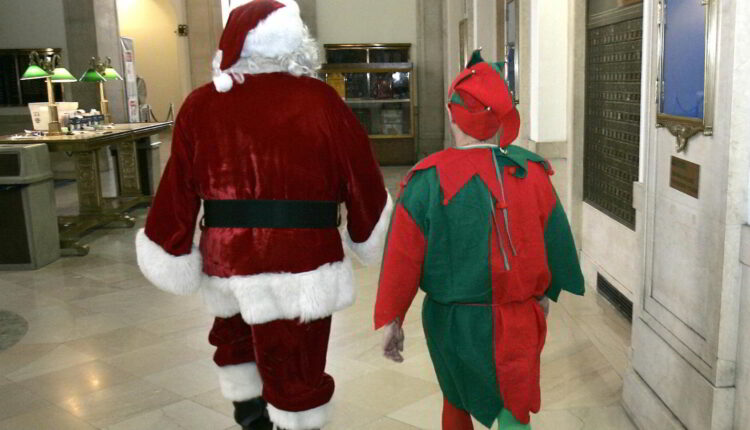 A detective and a policeman, disguised as Santa Claus and an elf, prevented the attempted theft of a car in California, and arrested the criminals at gunpoint

Although it seems unusual, criminals who tried to take over a vehicle in California were arrested by police officers disguised as Santa Claus and his elf.

The attempted robbery occurred a few days ago outside a shopping center and the video that recorded the operation, with the arrest and the news, became a viral piece on social networks.

The police representatives had to intimidate the criminals with their weapons of regulation and explained that in these December dates they remain alert to provide financial and citizen security to the residents of the area.

There are people hunting for victims, who seek to obtain money, means of payment, goods or belongings and other resources, violating the Law. This time they have been caught and placed at the command of Justice, indicated the officials of this covert force of cop.