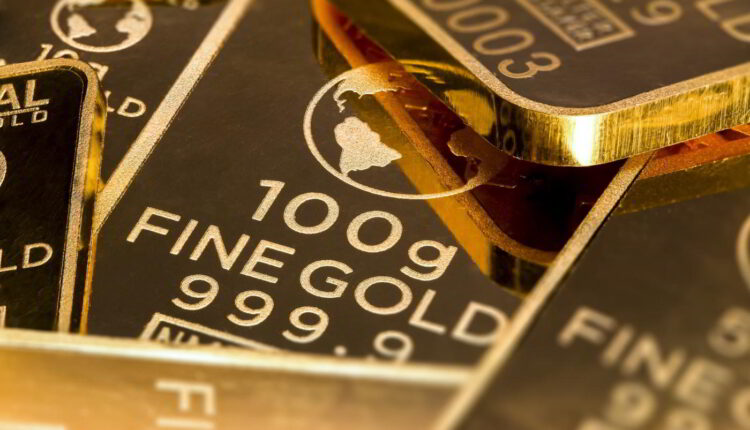 Gold can represent an interesting investment and protection instrument

It is an alternative to preserve the value of money, including hard currencies, but you have to analyze the risk and invest according to the objectives of each person, explains the associate trader of Intelinvest, Rodrigo Aguiar

The stock market is at a historical point. If we look at the S&P 500 index we can discern a resounding drop from 3,397.50, its maximum on February 20, to 2,174 on March 23. Just one month was enough for a 36.01% collapse, one of the worst in history. But it stands out, above all, for the speed of movement in such a short period of time, says Rodrigo Aguiar, associate trader at Intelinvest.

“As we well know, the catalyst behind this was the spread of the Covid-19 virus. The economic and financial impact of this unforeseen event, called the black swan in finance, led the world’s largest central banks to intervene with expansive monetary policies to provide liquidity to the system, and stimulate an affected global economy.”

He noted that the massive injection of liquidity into the financial system is what has specifically created the advance in the American stock market recently. With the S&P 500 rising 48.63% from the lows of March 23, to the most recent high of 3231.25 on June 8. “The markets are based on expectations and liquidity. This can create confusion for many due to the great distortion between the real economy and the market.” Concerning the issue, the member of the stock brokerage Intelinvest brought to mind that this has happened in the past, like in 2009. “The consequences of the financial crisis were still latent, but the market – being the predictive mechanism (based on expectations) – started one of the most important advances in history.”

What is the best way to preserve the value of money?

Aguiar points out that “knowing the conditions of the environment in which we find ourselves, a system flooded by a surplus of liquidity, as a result of the great intervention of the Central Banks, has left some investors asking what is the best way to preserve value of money. Logically, a greater money supply (greater supply) creates lower prices; in this case the value of the currencies (dollar, euro, pound) and their purchasing power in real terms decreases.”

The answer is gold, but it is not instantaneous;

it takes some time

Thus, how can we preserve the purchasing power of hard currencies before such facts? The answer is gold. Investors are looking for alternatives to preserve purchasing power, given current monetary policies. Gold has been a source of flows precisely because of the scenario outlined above, with a performance of 16.50% during the year. But not only that; it has been creating a technical base since September 2011. If completed, we would be talking about a target price of $ 2,800 per trojan ounce. It is currently trading at US $ 1,775; that is, an advance of approximately 57% ”.

The key factor in achieving the goal is time. We are talking about an investment of several years, 2 or more. For those long-term investors, it is certainly an attractive opportunity for their portfolios, especially if the interest is to preserve the purchasing power of their money. However, like in all investments, it is important to know how to manage risk and invest a proportion of working capital that is prudent and in line with the objectives of each person, concluded Rodrigo Aguiar, associate trader at Intelinvest, Casa de Valores.

With information and interview at DOBLELLAVE

Crixto arrives in Venezuela as a payment alternative

US bank Avanti will work with bitcoin instead of dollars

EU Union reinforces its digital scope with the opening of an…

Peru to implement the electronic invoice