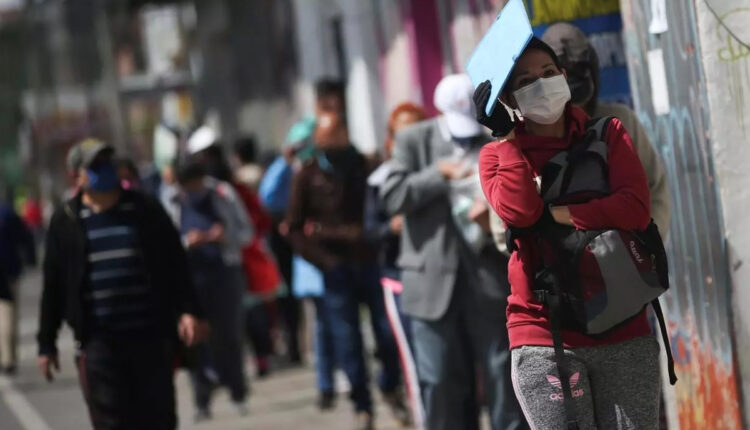 Colombia’s unemployment rate stood at 17.3 % in January, compared to 13 % in the same month the previous year, with a total of 4.16 million unemployed people in the Andean country during the first month of the year, according to data published by the National Administrative Department of Statistics (Dane).

On the other hand, unemployment stood at a rate of 19.5 % in the 13 cities and metropolitan areas of Bogotá, Medellín, Cali, Barranquilla, Bucaramanga, Manizales, Pereira, Cúcuta, Pasto, Ibagué, Montería, Cartagena and Villavicenciola.

In these areas, the unemployed rose to 2.31 million, which implies an increase of 753,000 unemployed compared to the same period of the previous year.

For its part, the employed population during January rose to 20 million people, with a rate of 49.8 %, which represents a contraction of 7.3 % compared to the same month of 2020.

In January 2021, manufacturing industry activities were the branch with the greatest reduction in employment, with 404,000 fewer people. In contrast, the occupation of commerce increased by 44,000 people.

The occupation of the 13 cities and metropolitan areas reached a rate of 51.1 %, compared to 57.2 % in the same month of the previous year, with a total of 9.59 million employed persons.

China teams up with Thailand and the UAE in crypto project

Bolivia and its challenge in the digital world