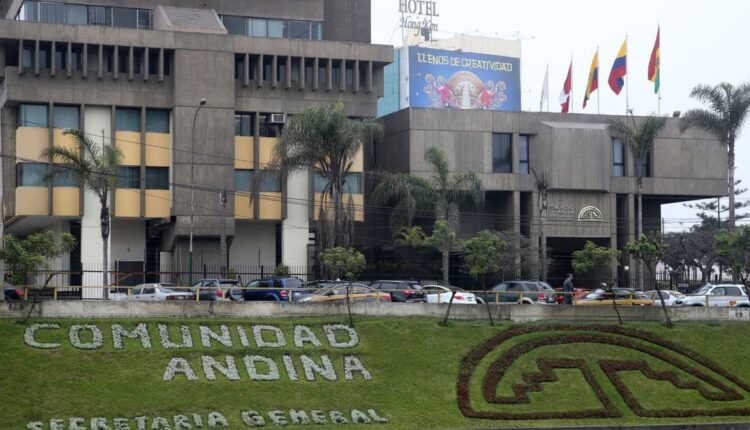 Bolivia assumes the presidency of the CAN on Sunday

The event will bring together various leaders, including those of Ecuador and Colombia; Lenín Moreno and Iván Duque respectively. The purpose of this meeting is to commemorate the 50th anniversary of the organization’s founding.

It is worth noting that Venezuela was part of the subregional organization until it formalized its withdrawal in 2006 due to disagreements over the free trade alliances that Bogotá and Lima signed outside of consensus with Washington.

Undoubtedly, the Andean Community has been able to overcome various political, economic and social crises in various countries. In addition, it is the oldest integration body in the region.

In the same way, the CAN has carried out a reengineering where the topics that are of interest for the countries of the region have been prioritized, leaving the differences aside and concentrating on the meeting points.

For his part, Jorge Hernando Pedraza – general secretary of the CAN – said that he is working for a CAN “XXI Century, active, modern, dynamic and above all close to the more than 110 million Andean citizens.”

Evo Morales will take advantage of the event to meet with Martín Vizcarra to discuss “issues of bilateral interest.” Among the topics are: tasks of the bilateral cabinet, the railway project to unite ports of the Atlantic and Pacific oceans and the gas supply.

Theresa May resigns and will leave office on June 7th

Peru to implement the electronic invoice

The Pentagon would be ready for a cyberattack against Russia

USD 75 million in bitcoin will be allocated to projects on…