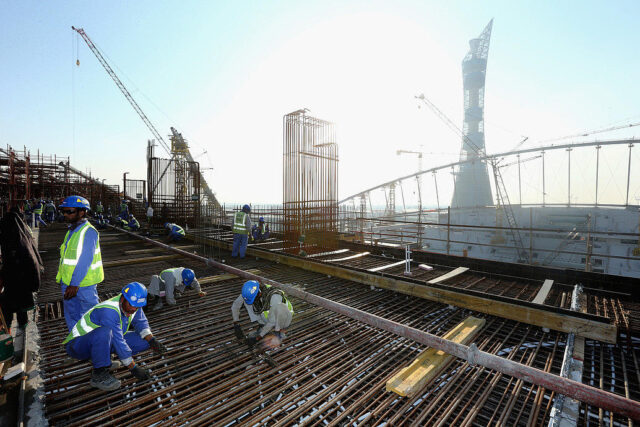 There are estimates that the number of migrants killed during the construction of stadiums for the World Cup in Qatar could reach 6,500 people

Beyond the game – We are a few days and hours away from the start of the greatest celebration of world football: the Qatar Cup 2022. Season in which, the media that make up the EL SUMARIO Digital Communication Group, have invited Trina Acevedo, an outstanding Venezuelan journalist and communicator, with excellent performance on television and radio, specializing in international news sources, whom we welcome to our digital press portals to accompany users this season, with a series of notes that They will be addressing aspects related to the extra-sports context.

Its deliveries will have a weekly periodicity, unless the development of events imposes shorter and more dynamic frequencies. In this first work, Acevedo summarizes and updates the relevant issue of the migrants who worked on the construction of the Stadiums.

Qatar is a country with less than 3 million inhabitants, of which 2 million come from other countries.

That is why the migrant workforce represents 95% of the workforce in this Middle Eastern country, being the highest proportion of migrant workers in the world, according to the International Labor Organization.

The British media The Guardian estimates that the number of migrants killed during the construction of the stadiums could reach about 6,500, since Qatar was chosen in 2010 as the venue for the 2022 World Cup. But, the official figure from Qatar indicates that there are only 37 workers who died between 2014 and 2020.

Qatar has been criticized for the treatment of migrant employees who came to the country to carry out works for the World Cup under very harsh working conditions. It has been denounced that the migrants had to work under extreme heat for very long hours, with low wages and in overcrowding.

By 2016, Amnesty International accused the Qatari monarchy of using forced labor. The organization criticized that migrants had to pay to be hired and once in the country their passports were confiscated, and they were not paid on time.

To this is added the indication of the International Labor Organization that ensures that Qatar does not take into account sudden and unexpected deaths. Heart attacks and respiratory insufficiencies caused by heat stroke are recorded as deaths from “natural causes” and “non-work related.”

The ILO says that in 2021 alone, 50 workers died and insists there are gaps in Qatar’s data collection.

Nasser al Khatel, executive head of the committee that organizes the World Cup, assures that they only have records of 3 fatalities related to work in the stadiums and added that there are another 30 deaths not linked to the works.

Qatar’s Ministry of Labor released a statement stating that “the figures reported in the media on the deaths of migrant workers have been grossly misleading.”

Qatar is proud to offer a minimum wage of $275 a month to migrant workers, saying it is the first time an Arab country has passed a minimum wage in the Middle East.

This happened after Qatar eliminated the controversial Kafala sponsorship system, where workers were made to pay a high recruitment fee. This causes debts to migrants even before leaving their countries, assuming as a risk that, in case of losing their life, they leave their family compromised, in trouble and to their fate.

Recruiters could cancel visas or report quitters for “absconding” which is a criminal offence. In short, they couldn’t quit, much less create a union.

Although this system was dismantled, it is believed that it functions informally.

And at more than a dozen World Cup hotels, workers faced sexual harassment, discrimination, wage theft and health and safety risks, according to Equidem, a London-based labor rights group. 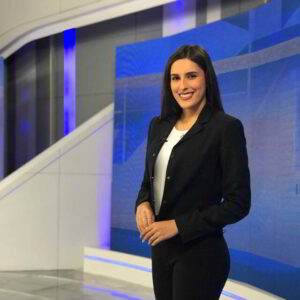 It is feared that this matter will cease to be important when the soccer World Cup is over, an issue that extends in the Middle East and that is not only registered in Qatar.

Among the 6,500 migrants who died in Qatar, according to The Guardian, were workers from India, Pakistan, Nepal, Bangladesh and Sri Lanka.

A serious matter that undoubtedly calls for attention and reflection beyond the game.

Barrel of oil is approaching 100 dollars