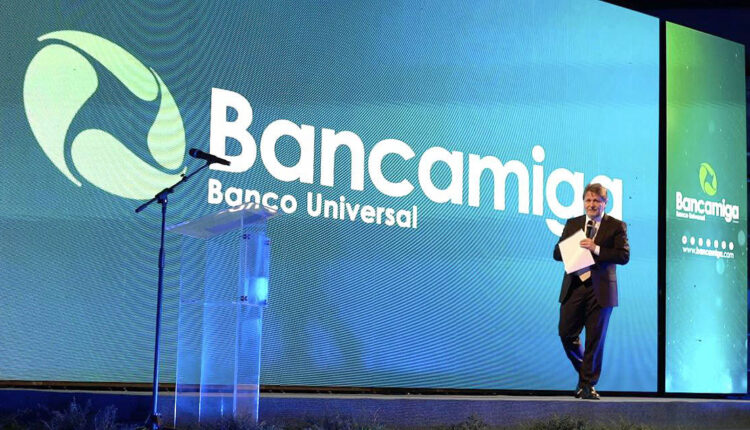 In the Innovation Scenarios for Entrepreneurs forum, the executive president of Bancamiga explained that this support privileges the Training of the beneficiaries

To stimulate the training and growth of entrepreneurs in Venezuela, Bancamiga held the Innovation Scenarios for Entrepreneurs forum, where it gave loans to a group of representatives of this sector of the national economy.

The executive president of Bancamiga, Ariel José Martínez Coujil, welcomed the attendees to the José Félix Ribas Hall of the Teresa Carreño Theater, where he stated that Bancamiga has always been committed to entrepreneurship, supporting small and medium-sized merchants and entrepreneurs.

“The Bancamiga Social Responsibility plan considers entrepreneurship as an essential strategy in its management. We have assumed the commitment to support entrepreneurs, emphasizing a differentiating element: training, essential to guarantee the sustainability of the business”, he said.

In this sense, Bancamiga established an important alliance with the United Nations Development Program, where the UNDP offers technical assistance for the transfer and execution of its business development methodologies: En Marcha Digital, Ruta de Entrepreneurship and the Program for the Development of Providers, which will allow training and advice to thousands of entrepreneurs in the country with audiovisual content and technological tools.

Along these same lines, the Center for Creativity and Innovation of the Arts and Entrepreneurship in Porlamar was inaugurated two weeks ago, with the aim of becoming a space for the training and growth of the artists of Nueva Esparta. It is an initiative that Bancamiga is carrying out with the Aprendo y Emprendo organization and the Francisco Narváez Museum of Contemporary Art, which will benefit 360 people in a first stage. 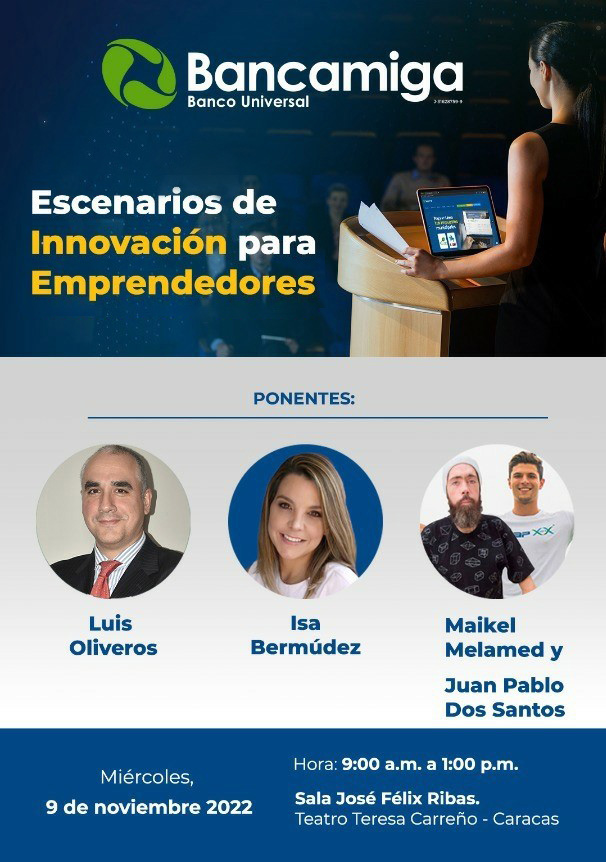 During the forum on Wednesday, November 9, the economist Luis Oliveros spoke, referring to the challenges that entrepreneurs face in order to grow in the country. Likewise, the consultant and speaker in marketing, innovation and sales, Isa Bermúdez, referred to the 3Ps to take off your business: Potential, Purpose and Plan.

One of the most inspiring conferences was the one given by Maickel Melamed and Juan Pablo Dos Santos, under the title “Adversities as a springboard. You set the limits”, in which they indicated that “there is always a way to move forward and live happily. We must learn from adversity so that it inspires us to be better”.

Within the framework of the Innovation Scenarios for Entrepreneurs forum, Bancamiga gave credits to a group of small merchants so that they can make their business their livelihood, turning it into a source of employment and a place that stimulates the family and local economy.

During the closure, the president of the National Fund for Entrepreneurship, Maryury Bargiela, congratulated Bancamiga for supporting this line of economic action, which contributes to the country’s growth.