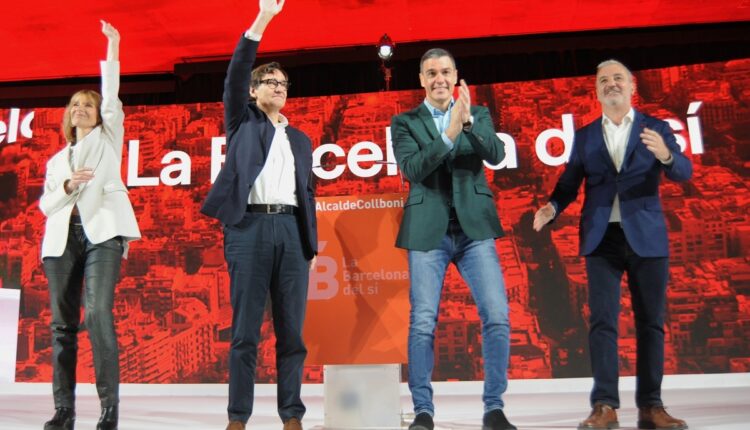 Sánchez promises to contain the rise in food prices in 2023

Pedro Sánchez, president of the government of Spain, announced this Sunday that at the end of 2022 he will announce an aid package for next year focused on containing the rise in food prices

The President of the Government, Pedro Sánchez, announced this Sunday that the third package that the Executive is preparing for 2023 in order to counteract the socioeconomic consequences of the war in Ukraine will incorporate mechanisms to “contain the evolution of food prices.”

Sánchez made the announcement during a PSC event at the Palau de Congressos in Barcelona, ​​which was attended by more than 2,500 people.

He was accompanied by the party leader, Salvador Illa; the city’s first deputy mayor and mayor, Jaume Collboni, and the PSC’s vice-first secretary of electoral organization, as well as the mayoress of Sant Boi de Llobregat (Barcelona), Lluïsa Moret.

“I announce that at the end of this year, when we approve the new aid package for people, the middle class and workers, we are also going to incorporate mechanisms to contain the evolution of food prices”, Sánchez stated.

The president emphasized the use of all resources to help those most affected by the high cost of food and services, as they did during the critical stage of the Covid-19 pandemic. The focus is placed not only on the government’s social commitment but also on “economic efficiency”, as quoted by the newspaper ElPeriodico.com.

Venezuela will mine bitcoin with natural gas

Inflation in the US will be lower in 2023

Brazil and Argentina will have a common currency