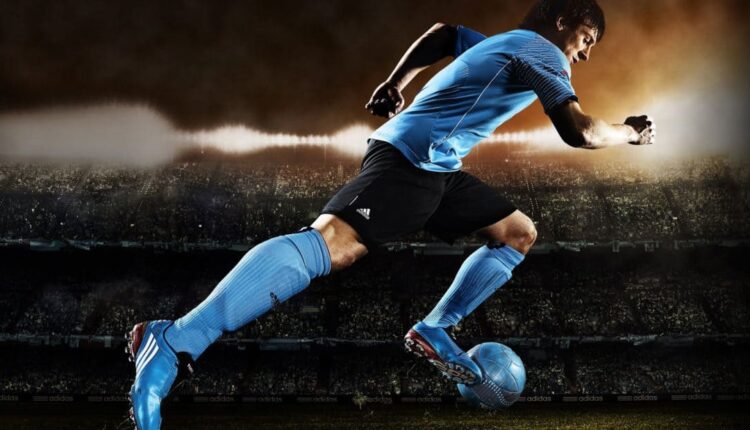 Ramos, Bale, Cristiano Ronaldo or Beckham have invested in “fitness” as good business

Low cost gyms have become a multi-million dollar business with thousands of chains offering everything you need to stay in shape at affordable prices. A gold mine that the soccer stars who give up their image to attract clients in exchange for a more than profitable participation in the project have not missed either, points out the media larazon.es in a work dedicated to the subject

Sergio Ramos, Gareth Bale, Cristiano Ronaldo, David Beckham or Rafinha Alcantara are some of those who have chosen years ago to invest in the “fitness” business with resounding success. They offer groundbreaking designs, music, the most advanced machines of the moment, nutritional advice and even art.

Sergio Ramos, the former captain of Real Madrid, now at PSG, promotes his new business in the Spanish capital, a chain of gyms that comes to Spain through the German firm John Reed. The company has already incorporated the company, Sergio Ramos by John Reed. The space and premises are located in a basement, next to a Madrid metro stop. It is a formula that McFIT already tested in 2017, when it launched a club at the Nuevos Ministerios station. John Reed is one of the 17 brands belonging to the RSG Group, a world leader in the fitness sector with 6.4 million clients between its gyms and its virtual training platform.

They are famous for their groundbreaking decoration -with a surprising commitment to music and art- and they have clubs in European countries such as Germany, Austria, Poland, the United Kingdom or Italy and also in the United States.

McFIT launched John Reed Fitness in 2016 with the aim of mixing sport with live music and an urban and extravagant aesthetic far removed from that which identifies conventional gyms.

These impressive gyms, very much in line with the personality of Sergio Ramos, turn training hand in hand with the practice of exercise routines into an experience. They feature innovative training options, extraordinary design elements from around the world, live DJs and exclusive events for their members. No two John Reed clubs are the same.

In 2019, former Real Madrid striker Gareth Bale became one of the shareholders in the Rowbots project, a boutique gym brand specializing in rowing, which made its London debut that same year. Rowbots’ first boutique gym opened that year in the London suburb of Fitzrovia with state-of-the-art workouts.

Two years later, in 2021, he opened his second gym in the same city. Both centers are less than 1,000 square meters and offer 50-minute sessions.

Another of the investors behind this project is the triathlete, sales and marketing expert, Greg Zimmerman.

With 45-minute classes, burning up to 800 calories, they involve instructors who train participants in “mental endurance” techniques: from shorter rounds based on strength, to longer endurance work to improve results. Zoe Aston, a psychotherapist who developed the applied mental health training at Rowbots, emphasizes the need for clients to feel “safe, challenged and responsible” and therefore “able to perform at full power”.

Incorporating “mental health goals” is a crucial aspect of modern sports science, Bale has been saying, which is why Rowbots CEO Sam Green recruited him.

Beckham, worldwide and in the UK

David Beckham was another of those who was encouraged to invest in the F45 Training studio chain. Encouraged by his friend and since 2019 an investor in the chain, Mark Wahlberg, the former English footballer became a global partner of the company.

Beckham, owner of Inter Miami, was drawn to the F45 workouts. But what is Mark Wahlberg’s F45 Training method? With sports centers in more than 65 countries, it intends to create a global fitness community associated with this brand. A lot of functional training and HIIT, without forgetting the most classic bodybuilding, of which Wahlberg is a fan and that we can see daily in his workouts posted on Instagram. “Comprehensive fitness”, they call it, with personalized training and nutrition plans.

Last March, DB took a further step in its relationship with the company by opening, together with two other partners, an F45 center on High Street Kensington, in London (United Kingdom).

But in addition, I even created a special program called Db45, which was launched on the market last May 11. The workout is an eleven-station, 45-minute cardio class, inspired by soccer. Paying homage to the jersey numbers Beckham has worn throughout his football career, the set times will alternate between 32 seconds of work, 15 seconds of rest and 23 seconds of work, followed by 20 seconds of rest.

CR7 Empowered by Innovative US Teams

Cristiano Ronaldo is another soccer star who has found a more than profitable business in “low cost” gyms. The “CR7″, of which there are locations throughout Spain, are born from the association between Cristiano Ronaldo and Crunch Fitness, an American company that has more than 900 licenses and more than 250 franchises in the US, Canada, Australia and Spain. Its innovative concept seeks to combine the training and methods of a chain like Crunch with the sports practices that have led Cristiano Ronaldo to his good physical condition. The method is suitable for all types of audiences, both beginners and experts.

The CR7 Crunch Fitness offer well-cared spaces where the public can experience the practice of the most innovative sport thanks to state-of-the-art American-made equipment; a complete list of fitness programs, the opportunity to work with expert personal trainers in individual and small group programs, nutrition guidance, as well as enviable facilities.

One of its latest developments has been the incorporation of Fit3D body scanners. The Fit3D scanner allows sports and nutrition centers around the world to monitor in detail and very visually the physical evolution of their clients. It uses noninvasive technology to take hundreds of measurements and compose a 3D image of the body. And through the associated computer platform, it allows the user’s body composition to be analyzed, measuring their percentage of fat and lean mass, their posture and body balance, as well as comparing the evolution of the results over time.

The contact sports sector is also in full swing and they have become another good business option for soccer players who wish to continue to be linked to the world of sports once they have retired. Rafinha Alcantara is one of them. Already in 2016, the former Barça player had opened Templum BCN, a martial arts gym located in the center of Barcelona.

In 850 square meters, they have a cardio and bodybuilding room, and offer a wide variety of activities in martial arts, cross templum and fitness.

After more than two years of pandemic and months of confinement, training lovers continue to take care of their diet and have returned to gyms in person.

With information from La Razón (Spain) and other international media

WhatsApp will allow users to hide the status “online”

Spanish airports will have Bitcoin ATMs

IUPG will offer a Diploma in Fintech Management