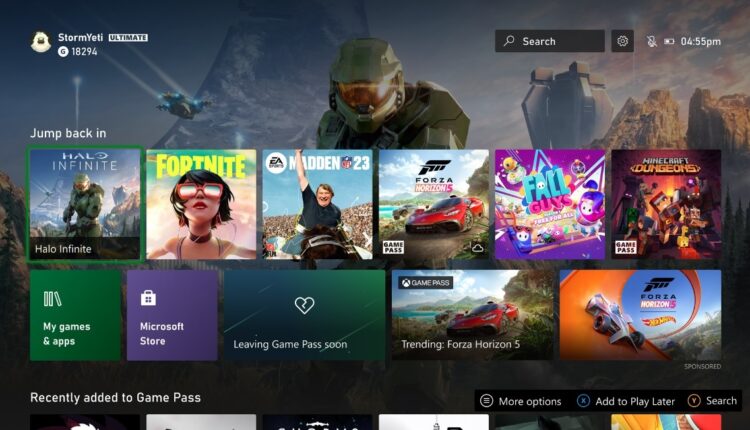 Microsoft began the first tests of its new user interface for Xbox consoles, with a launch scheduled for next year

Microsoft began testing the new Xbox interface, which is scheduled to launch in 2023. Players will be able to get a good idea of ​​the news they will have in a few months.

The Redmond company has pointed out that players spend a large part of their time on the Home screen of their systems, a “very personal” space on which they receive comments to improve, as stated in a statement published on the Xbox website.

For this reason, Microsoft has announced the start of a series of “experiments” to “learn how to create” a “more personalized” user interface that adheres to the most popular requests of its Xbox users. Among the novelties of this first design, the new section that shows the recently played titles and allows you to access them immediately through the Quick Resume stands out.

Other access considered relevant, such as those that lead to Settings, the Microsoft Store and My games and ‘apps’, also appear more prominent than in the previous version. Also, when the user scrolls down, they will be able to see recommended games based on their history and tastes.

Microsoft has stressed that, despite these developments, the design will bet on visual coherence and will include updated identifiers that at the same time result in a familiar experience for players.

The technology company has announced that the first tests have started this week with a group of members of the Alpha Skip-Ahead ring within its Xbox Insiders program, which it has randomly selected.

From then on, Microsoft will test different approaches, with the goal of releasing the final version in 2023. In addition, the company plans to offer new content based on user activity and tips to get the most out of your Game Pass subscription.

Ubisoft will continue to investigate NFT