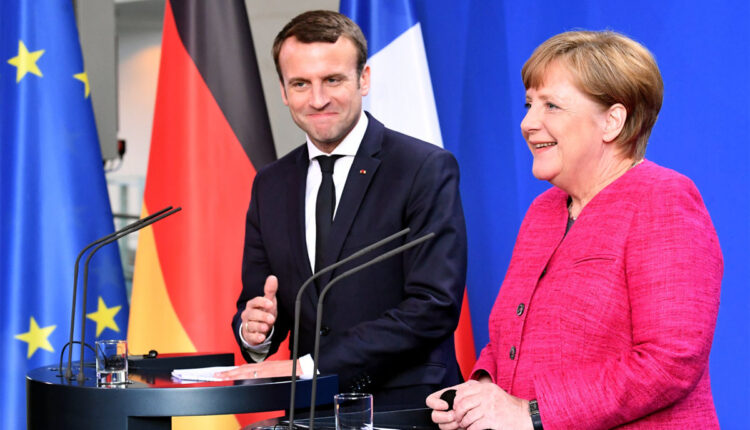 Both leaders met this week at the Meseberg Palace, where they discussed the action plan in the face of the effects of the current situation

German Chancellor Angela Merkel received the French President, Emmanuel Macron, at the Meseberg Palace, and spoke about the economic recovery plans of the European Union (EU).

Macron’s presence in Meseberg, located north of Berlin, is the first visit by a foreign head of state to Germany since the start of the crisis caused by the coronavirus pandemic.

According to the German government, in addition to economic recovery plans, both leaders are planning to address other European policy issues, as well as international and bilateral issues.

Later, after holding a joint press conference, the leaders plan to have dinner together.

Germany will start its presidency on the Council of the European Union on July 1st with the mission of approving an economic recovery fund for the Member States.

France and Germany, as well as the southern European countries most affected by the virus, support the European Commission’s proposal to create a recovery fund that includes € 500 billion in grants and € 250 billion in loans.

But a group dubbed the “Four Frugal” from northern – Austria, Denmark, the Netherlands and Sweden – refuses large grants without preconditions.

EU leaders held an inconclusive video meeting on Friday and will meet in person on July 17 and 18 to try to reach an agreement on the recovery package, as well as on the budget of the European community bloc for 2021-2027.

Firefox 85 faces supercookies with the network partition and cache

UxTIC and Binance Foundation to launch blockchain courses in Colombia

Apple strengthens the security of its system for crypto wallets

Firefox 85 faces supercookies with the network partition and…

UxTIC and Binance Foundation to launch blockchain courses in…

Apple strengthens the security of its system for crypto…

Applications for cars based on blockchain