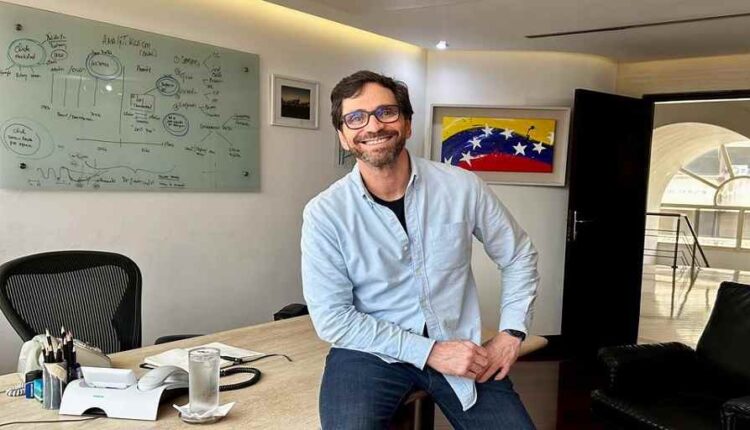 In an interview published by Finanzas Digital and with an optimistic message and full of confidence in a progressive economic recovery for Venezuela, Horacio Velutini, director of the National Council for Investment Promotion (Conapri), presented his vision of the Venezuelan financial environment, the challenges of the institution he represents and his vision for the coming year.

A long career in the real estate business, finance and the capital market, have also allowed him to preside over the National Chamber of Issuers of Venezuela (Caneval), so his conviction goes hand in hand with good investment strategies.

From 2005 to 2018, Conapri, like other institutions in the country, has gone through a transformation process, after a period of vicissitudes in the national economic sphere. “In 2018, they began to interact with the high government in the financial area to propose a vision of support in terms of investments in the country,” he explains.

In Velutini’s opinion, a country needs to have a robust and dynamic stock market, and when comparing the Venezuelan market with the Colombian one, he affirms that the former fell to 1 % compared to the neighboring country. “Venezuela’s stock market was bigger than Colombia’s in the 1990s, so our country can grow 10,000 % just to equalize, the potential is immense,” he says.

Regarding the measures that he recommends to manage the current economic situation, Velutini considers it complex to move forward in this matter given the sanctions imposed on the Central Bank of Venezuela, and the impossibility of access to foreign financing to develop its monetary policy.

Most of the businessmen who remain in Venezuela seek capital via loan or capital to meet their growth plans, and according to Velutini, there is the opportunity for banks and national and foreign investors, which is why he believes that important opportunities are opening up. “2022 closes a little better than 2021 and much better than 2018, some have wanted to compare it with 2012, but the correct thing is to establish a comparison with the last three years and project for 2023-24”, he specifies.

Given this assessment, the businessman assures that in 2023 many investments will come to the country, in addition to considering the recent arrival of venture capital. “The most important economic factor that the government must maintain is the free exchange rate and let the market itself adjust prices,” he highlights.

With an eye on the coming year, Velutini points out that the Conapri plans to help generate an investment environment that, in his opinion, to this day seems to be what the National Executive intends to develop under the emblem “post-oil economy”. .

“We have an agenda of aid and proposals that we are planning in the stock market, where we have made some recommendations for a law for the sector, proposed by the National Securities Superintendence (Sunaval), which we hope will be included in next year’s agenda,” he reasons, while highlighting the large number of companies in the national market that support improving the investment environment.

“Conapri’s objective is to help in the investment environment and to do so in an interaction with the financial area of ​​the high government in constant dialogue.” Based on this premise, the lawyer also values ​​2023 as positive in various areas, such as the decision to free the exchange rate in 2019, the opening of commercial relations with Colombia and the granting of the license to Chevron to resume the oil production in the country.

Likewise, he comments that “the phones are ringing off the hook for businessmen, curiosity has awakened in the world. What is happening in Venezuela? I don’t want to be left out, we have an opportunity to attract investment that we must take advantage of.”

Finally, the businessman considers the country as a great investment opportunity, without disregarding the realities of an impoverished country with many needs, but with immense resources. “I think that Venezuela is a great opportunity, first for Venezuelans, then for Latin Americans and then for the world, the energy issue will always be the one that will mark the big capitals, however, what has happened in the country on the issue agro-industrial is something instructive about what it means to take advantage of the situation”, he concludes.

Elden Ring is crowned the best game of the year

Venezuela will mine bitcoin with natural gas