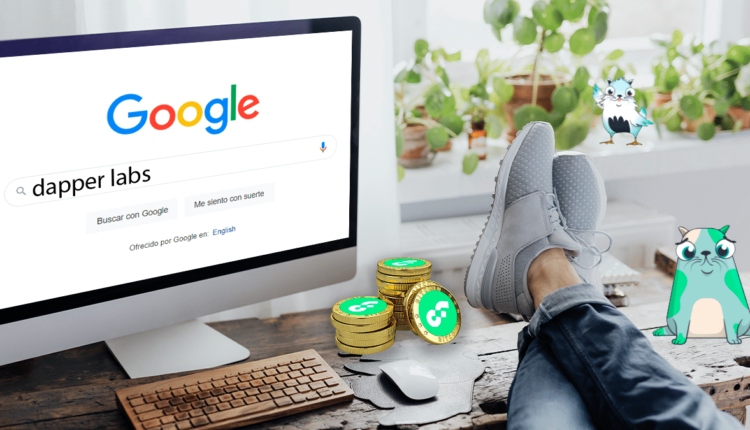 Google and blockchain Dapper Labs are creating a commercial alliance in order to develop new products and services that includes non-fungible tokens or NFT in Web 3.0.

The agreement establishes that the search engine giant through Google Cloud will be the network operator of the Canadian study of Blockchain Dapper Labs. The vice president of Google Cloud North America, Janet Kennedy, highlighted that the “multi-year partnership will help Dapper to expand its operations through a scalable and secure infrastructure provided by Google” for the entire ecosystem of NFT, video games and applications.

For his part, Roham Gharegozlou, CEO of Dapper Labs, sent a message to the Flow network, welcoming Google with which he ratifies the strategic partnership: “Very excited to welcome Google to the Flow blockchain. In less than a year since the launch of the main Flow network:

Now, with more than 3,000 new active developers, Google is jumping on the bandwagon to help scale. “

The cryptocurrency developed by Dapper Labs is Flow, which is compatible with various and listed NTF collections in the market, among which are: NBA Top Shot and CryptoKitties, which generated around $ 230 million in sales last February and according to information published in international media, the amount has tripled, reaching about 680 million.

This new crypto, Flow, is created “as a new generation of games, applications and as the basis for the management of digital assets that produces them. In addition, it is fast, secure, friendly and easy to use” and was designed with a new generation of blocks that solves the problems generated by the old conventional blockchain applications.

Saturday and Sunday for a walk and chocolate at El Hatillo

Artificial intelligence helps in the prevention of crimes

OPEC must liquidate accumulated excess before the end of the…