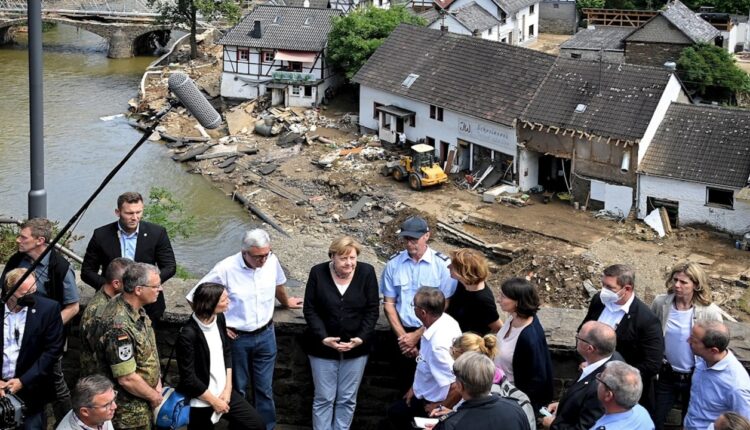 Angela Merkel is visiting the areas that have been devastated by the floods in Western Europe, considered the worst of the century, leaving about 183 fatalities, dozens of disappeared and innumerable material damage in Germany and Belgium.

For Merkel the floods are a “tragedy” and she promised government support for the affected municipalities. The chancellor indicated that she will create a special fund to attend to the damages, the cost of which could reach billions of dollars.

The German Chancellor was in Washington when the deadly floods occurred. Merkel arrived in the town of Schuld, located in the state of Rhineland-Palatinate, considered one of the places most affected by the rains in western Germany, where the flooding of the Ahr river devastated the houses, trees and everything in its wake, leaving the streets littered with debris.

The waters began to recede in Rhineland-Palatinate and North Rhine-Westphalia (RNW), passing into the southern region of Upper Bavaria, where heavy rains flooded basements and caused flooding of rivers and streams on Saturday night.

The extreme rains also affected Switzerland, Luxembourg and the Netherlands, as rescue forces try to find survivors in the rubble.

MásQueDigital invites you to participate in the conference “Digital Entrepreneurship: Make Your Perfect Play”

The exchanges are hackable with minimal effort