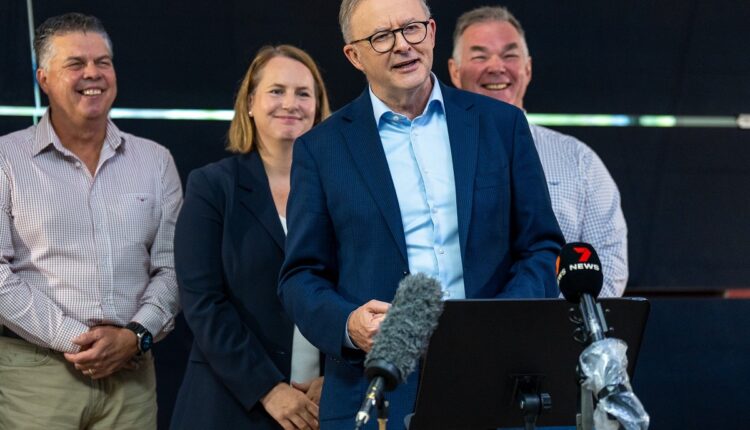 Australia reaffirms its interest in restoring trade relations with China

The Prime Minister of Australia, Anthony Albanese, indicated this Saturday his interest in recovering trade relations with China, as a first step to lift the veto on Australian coal imports

The Prime Minister of Australia, Anthony Albanese, told reporters this Saturday that Australia will focus on reestablishing its trade relations with China, within the framework of negotiations to lift the ban on Australian coal imports.

“China is our main trading partner, and we have worked to change the relationship,” the prime minister responded during a press conference in Townsville, in the state of Queensland, when asked about the negotiations on the ban on Australian coal and the impact of this fact in the Australian economy.

“We believe that both countries have an interest in continuing to develop more positive relations,” added Albanese.

These statements take place after Australia closed several agreements to import coal to China, after the relaxation of the informal ban on shipments from the oceanic country, measures imposed in 2020 after the distancing of both nations due to issues such as the origin of the pandemic of the coronavirus, according to Bloomberg.

However, other measures continue to interrupt trade between the two countries in other types of products, such as wine or wood.

“Australia is interested in being able to export to China without impediments. But China is also interested in receiving those exports from Australia,” Albanese acknowledged to the press.

As the prime minister pointed out, since the election of the Labor government in May, relations have stabilized and both leaders have met for the first time in years: “I had a positive meeting with President Xi at the end of last year. And Senator Wong’s visit as Foreign Minister to mark the 50th anniversary of Australia-PRC relations on December 21 was a positive development,” Albanese said.

SMS celebrated 30 years in the market

The United States launches an application to schedule an immigration appointment