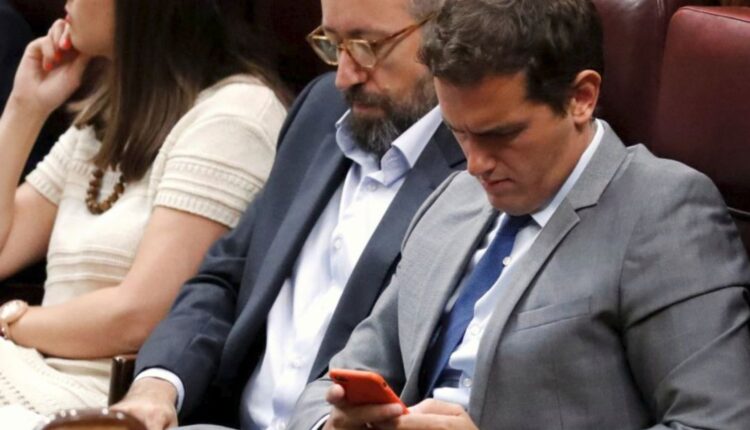 AI will monitor the activity of parliamentarians in Belgium

The Flemish Scrollers is a system created by digital artist Dries Deporteer, which automatically labels legislators in the Flanders Parliament if they use the smartphone during Parliament sessions

Belgian digital artist Dries Deporteer created an Artificial Intelligence (AI) that uses technologies like facial recognition to determine whether politicians are looking at the phone during parliamentary sessions.

“The Flemish Scrollers” as Deporter’s digital art work is known, is a system that automatically tags legislators in the Parliament of Flanders in Belgium when it detects that they are using the smartphone during a meeting.

How does it work?

To achieve this, it first analyzes through an AI algorithm written in the popular Python programming language, the video of all the sessions that is broadcast live on the YouTube channel of the Parliament of Flanders.

In the event that there are no live broadcasts, previous videos of the channel are analyzed, according to its author through a statement.

The developed tool works automatically, and uses machine learning to detect mobile devices in the videos and facial recognition to identify each politician.

In the images shared on the system, a white box is shown that identifies each official with a degree of probability, and another green box with a percentage analyzes the probability that they have the mobile in their hands.

In case of detecting a politician distracted on the phone, the system automatically shares a capture through Twitter or Instagram, tagging the account of the character in question, along with a message asking him to keep his attention.

Payment of international loans with Bitcoins

Data of more than 500 million Facebook accounts published by…

Doge is considered the strongest crypto in the market