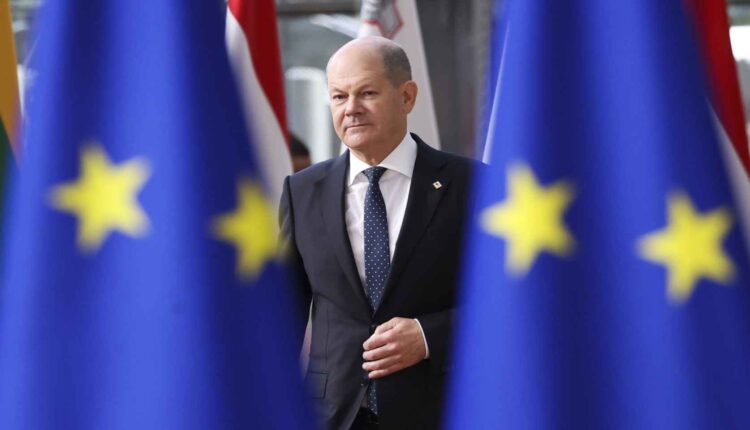 The German consumer price index (CPI) stood at 10 % in November, which shows a decrease of four tenths compared to the year-on-year index

The consumer price index (CPI) in Germany stood at 10 % in November, which represents a slowdown of four tenths compared to the year-on-year increase registered in October and the same figure as in September, according to the data advance and provisional published this Tuesday by Destatis, the German statistical office.

The data of 10.4 % of the previous month had been a record high for the country since there are records of reunified Germany.

The prices of goods have registered an increase during the month of November of 17.2 % compared to the penultimate month of 2021. This rise is six tenths lower than that of October and the same data as that observed in September.

This increase is the result of a 38.4 % growth in energy prices (compared to 43 % in October). On its side, food has become more expensive by 21 %, seven tenths more than in October.

The prices of services in the country have registered an interannual increase of 3.7 % in November, three tenths less than in the previous month.

In monthly terms, prices in Germany contracted by 0.5 % in the month of November, which compares with a rise of nine tenths in the tenth month of October.

According to harmonized data, year-on-year inflation was 11.3 % in November. This represents a slowdown of three tenths compared to the previous month. On its side, the monthly data registers flat growth, after having risen 1.1 % in October.

This Tuesday the advance data for the month of November for inflation in Spain was also known, which stood at 6.8 % in the interannual rate, compared to 7.3 % in October. On his side, the harmonized data has been 6.6 %, seven tenths less.

Bank of Japan to work on the digital yen in 2021