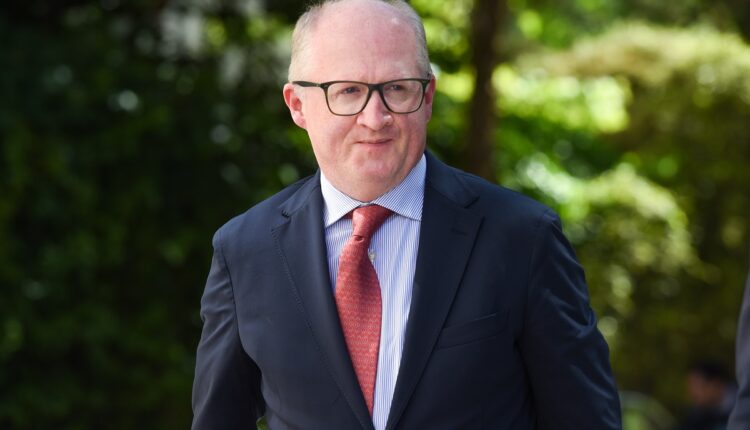 The European Central Bank rules out a crisis like the one in 2008, even with a moderate recession in the Eurozone like the one they are currently going through

The economy of the Eurozone is facing a slowdown after the strong rebound in growth experienced, which could even become a “moderate recession”, but far from a crisis scenario like that of 2008, according to the chief economist of the European Central Bank (ECB), the Irish Philip Lane.

“All the analyzes point to a slowdown in the economy”, Lane acknowledged during an interview with RTVE, where he stressed that if “a few weeks of recession were to be recorded, that should not be too dramatized”, since, in his opinion, what is not expected “are circumstances like those of 2008”.

In this way, Lane recalled that, compared to the situation during the pandemic two years ago, the eurozone has had a very significant recovery, so a slowdown in the economy now “is different from entering a phase of pessimism.”

In this sense, the Irish economist has argued that, unlike what happened during the crisis that led to the Great Recession, the banking system in the Eurozone in general “is in good shape”, something that has spread to households and companies, much less indebted than then.

“We do not see the ingredients for a long recession. The framework will be more of a slowdown, which may imply a moderate recession,” he added, noting that he expects a stabilization of the economy with normal growth rates.

Likewise, Lane explained that this slowdown in the rate of expansion of the Eurozone after the strong rebound experienced as restrictions were lifted due to the pandemic will in turn serve to curb inflationary pressures, which will continue to be fueled, on the contrary, by the uncertainty related to the war in Ukraine and the escalation of energy prices.

“The price of gas has continued to rise and this has a significant impact. On the other hand, we anticipate that in the second half of the year there will be a certain reduction in the level of demand, since the slowdown helps reduce inflationary pressures,” he said.

In this way, as he pointed out this Monday during a conference in Barcelona, ​​Lane has defended the importance of the central bank having a strategy for normalizing interest rates over time. “Step by step and not all at once, so that families, companies and the financial system can adjust”, he pointed out.

In his speech, the chief economist of the ECB announced that the next September meeting of the Governing Council of the institution “will be the beginning of a new stage” in the normalization of monetary policy in the Eurozone with a “step by step” approach “in setting interest rates.

In this sense, the Irish economist defended the importance of “a constant pace, which is neither too slow nor too fast”, in the normalization of monetary policy.

In particular, it considered it less likely that the same cumulative rate hike would generate more adverse effects on price stability if implemented in the form of “a multi-step calibrated series rather than a smaller number of larger rate increases.”

Likewise, Lane pointed out that a multi-step adjustment path to the terminal interest rate also makes it easier to make mid-course corrections if circumstances change.