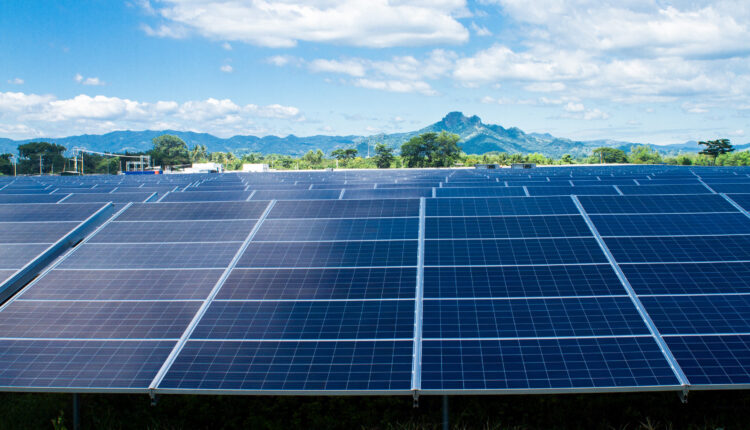 In the north of El Salvador the first bitcoin mining farm will be installed. It includes the construction of a photovoltaic solar power plant

In the north of El Salvador, in the Department of Chalatenango, the first private bitcoin mining farm will be carried out, which includes the construction of a 6 megawatt (MW) photovoltaic solar power plant to generate digital currencies using inexhaustible natural resources.

In an act carried out recently, the first stone was laid for the construction of the photovoltaic plant that will provide energy to the bitcoin mining farm, which will be located in the El Gavilán canton, Nueva Concepción, in Chalatenango. The project called Anchor I will be executed by a Swiss consortium that will be directed by Josué López.

The event was attended by Milena Mayorga, ambassador of El Salvador in the United States, who explained, through a Twitter social network account, “the renewable energy park has an initial investment of USD 4 million, although the projection of the first stage will amount to USD 15 million.”

The Anchor I project is the most important private investment that has been registered in Nueva Concepción, Chalatenango. According to Mayorga, the amount invested in the area amounts to 200 million dollars in bitcoin.

For her part, the deputy of the Central American Parliament, Cecilia Rivera, stressed that the Executive Hydroelectric Commission of the Lempa River (CEL) will maintain agreements with the bitcoin mining consortium with the purpose of “building power generators in minihydros to expand power generation of the area while planning a hydroelectric plant in Nueva Concepción.”

Additionally, the parliamentarian indicated that the administrators of the investment fund El Zonte Capital will also support the venture in the area, who gave 150 thousand dollars to the inhabitants of Nueva Concepción to support the ventures through the Chivo Wallet.

Tesla launches batteries that last up to a million miles