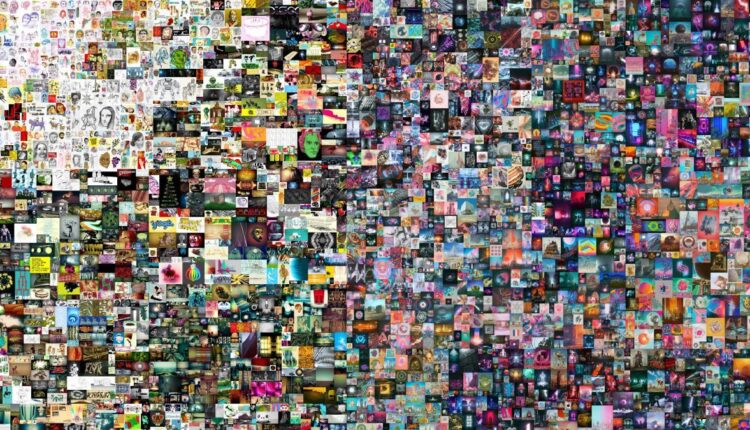 Digital art is sold for $ 69 million

"Everydays: the first 5,000 days" is a collage by the digital artist Beeple, which can be sold using the cryptocurrency Ether

Christie’s auction house sold its first fully digital artwork for more than $ 69 million. It is a collage created by artist Beeple, who worked on it daily for 13 and a half years.

In a statement, Christie’s explained that the piece “Everydays: the first 5,000 days“, consists of an image in JPG format, and is the first completely digital work of art auctioned off such a large house.

The work has a unique non-fungible token (NFC), a technology based on blockchain integrated to guarantee its authenticity in the digital format and that also allows its sale to be carried out through the cryptocurrency Ether.

Beeple began the work on May 1st, 2007 with a drawing by the artist’s uncle, Jim, and continues with images of all kinds created during his lifetime. One of them, from September 2013, he created it in three minutes before taking his wife to the hospital to give birth, and another created in 2014 and with the text “kill me”, whichhe made after suffering food poisoning.

The mozaico closes on the 5,000th day, January 7 of this year, and incorporates recurring characters from his caricatured work such as Donald Trump. Michael Jackson, Kim Jong-un, Mickey Mouse, Pikachu, Buzz Lightyear, and Mario.

Spain and the IDB will boost tourism in Latin America

Stack, Google’s experimental app that serves as a billing agent