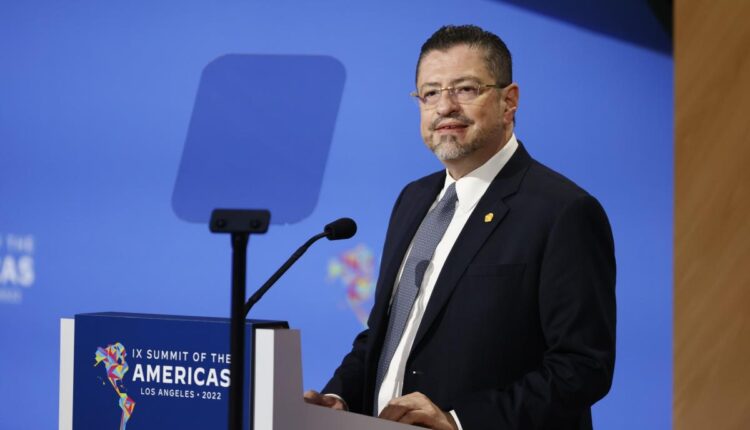 Costa Rica formalized application for accession to the transpacific agreement

The president of Costa Rica, Rodrigo Chaves, announced this Wednesday that he will request the country's adherence to the Comprehensive and Progressive Treaty of Trans-Pacific Partnership

Rodrigo Chaves, president of Costa Rica, announced that he will formalize the application for the accession of the Central American country to the Comprehensive and Progressive Treaty of Trans-Pacific Partnership (Cptpp).

Chaves’ goal is to create jobs and attract foreign investment once the application to become a member of the treaty is approved. Let us remember that the Cptpp groups 11 countries of Asia and America. So it would be a door to new trade relations with these economies.

The application for membership is the first step in promoting entrepreneurship, support for small and medium-sized businesses, as well as Costa Rica’s aspiration for the creation of new jobs. In addition to sharing experiences with Brunei, Chile, New Zealand, Singapore, Australia, Canada, Japan, Malaysia, Mexico, Peru and Vietnam.

Chaves has pointed out that according to current estimates, the Cptpp integrates about 17 % of world trade. Being part of the treaty, where strong economies participate, will offer Costa Rica the opportunity to position its products in a broad consumer market. In addition to attracting international trade to the country.

Among the items that Chaves hopes to include in the commercial activity of the agreement, with the support of the Ministry of Foreign Trade, is coffee, meat, fruit juices, foliage, hot sauces, pineapple, as well as medical prostheses manufactured in Costa Rica.