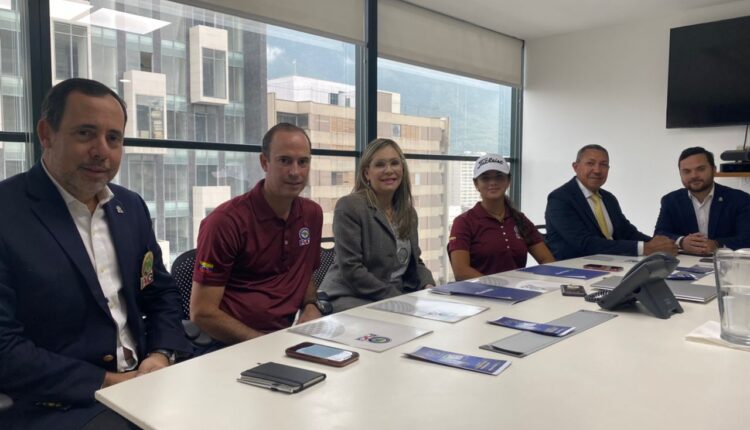 The president of the Venezuelan Golf Federation, Rafael Barrios de Jongh, indicated that with the support of Bancamiga "the country is being built, the sport is being developed and these young people are being given the opportunity and privilege to defend Venezuela"

Starting this Monday, the Venezuelan amateur golf team will compete in the 2022 edition of the Los Andes Cup, at the Porto Alegre Country Club (Brazil), with the presence of a team that mixes youth and experience.

With the support of Bancamiga, the national team chosen by the Venezuelan Golf Federation (FVG) is made up of Santiago Quintero, Virgilio Paz, Juan Ignacio Yumar, Diego Neira and Gustavo Morantes. In the women’s category there will be Vanessa Gilly, Stephanie Gelleni, Claudia Perazzo, Ivanna Flores and Ágatha Alesson. The captains will be Raúl Sanz, for the men’s team, and Mario Maya for women’s team.

For the president of the FVG, Rafael Barrios de Jongh, Venezuela attends the Los Andes Cup with a well-nourished delegation, made up of the country’s five best women’s and the five best men’s, along with their captains and delegates.

“We are facing the most important team tournament on the planet, because it is a very competitive format, where you will not only win but also avoid relegation and lose the chance to play the following year. All the teams are going to give their lives in the tournament. We have to thank Bancamiga for all the support it has given us to be present in Porto Alegre. It is very important institutional support and Bancamiga is building a country, sport is being developed and these young people are being given the opportunity and privilege to defend Venezuela. The FVG is very grateful for the support for organized golf”, he highlighted.

Venezuela and Bancamiga: a champion team

Against nine countries in the region, Venezuela will seek its fourth title, after those achieved in 1963, 1980 and 2000, which is why the greatest exponents of the discipline were summoned.

Since 1944, this tournament has been held annually, organized by the South American Golf Federation. For many it is considered the best team competition in the world, due to its particular game format, where women and men play simultaneously on four consecutive days and each team faces two rivals daily.

Captain Raúl Sanz maintained that this “is one of the best teams that Venezuela has taken to the tournament in a long time, without detracting from any of them in the past. One goes to the Los Andes Cup to win the tournament and not just to represent the country”.

“We have a very solid and competitive team, with very experienced players like Santiago Quintero, with others who live in the United States and practice in courses in that country, like Virgilio Paz and Diego Neira, who have been maturing and evolving very well. There is a mixture of experience with impetus and irreverence. And that’s an explosive combination. The goal is to win the South American Championship outside the country for the first time. Venezuela has the potential to succeed.”

One of the members of the team is 15-year-old Ivanna Flores, who travels to Brazil with great emotion and willing to give her best against excellent players from Venezuela, Colombia and Argentina, who “has a very tough team. I am very nervous but prepared for the event, because I have practiced a lot in the last year”.

With this support for the Venezuelan golf team, Bancamiga reaffirms its support for the sport and for the young people who promote this discipline inside and outside the national geography.

French market wants to use blockchain for product tracking

Kodak launched its own cryptocurrency