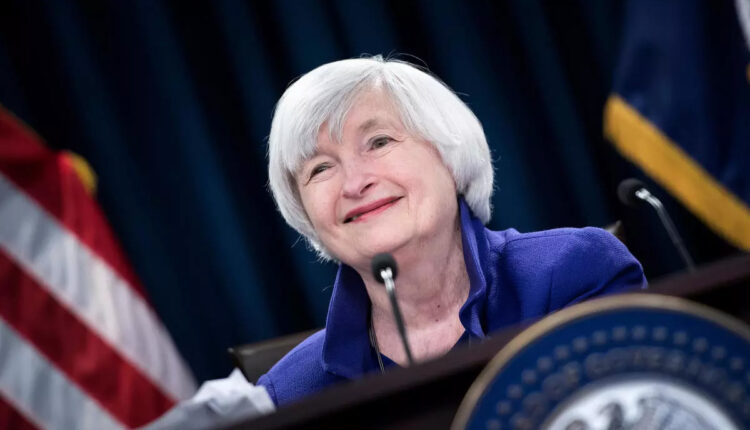 US announces that its cash reserves will be depleted soon

Janet Yellen, Secretary of the Treasury, reported that on October 18 the country will not have more banknotes

The Secretary of the Treasury of the United States, Janet Yellen, reported that the Government will exhaust its cash reserves by October 18, for which it has urged Congress to approve the increase in the debt ceiling to avoid a possible default on debt.

“We estimate that the Treasury will probably exhaust its extraordinary measures if Congress has not acted to raise or suspend the debt limit by October 18,” Yellen said in a letter sent to the president of the United States House of Representatives, Nancy Pelosi.

“At that point, we hope that the Treasury will be left with very limited resources that will be quickly depleted. It is uncertain that we can continue to meet all the nation’s commitments after that date,” added the Secretary of the Treasury.

Since 1969, the United States Congress has raised the Government’s debt ceiling on 78 occasions permanently, temporarily, or by revising the definition of debt.

Yellen, on the other hand, warned that, according to previous moments of paralysis due to the debt limit, “waiting until the last minute can cause serious damage to the confidence of companies and consumers, raise the costs of borrowing for taxpayers and negatively impact the US credit rating.”

Netflix announces the purchase of a video game studio

ECLAC indicates that Latin American GDP should grow at 4 %

Stablecoin Frax could become a threat for the US dollar