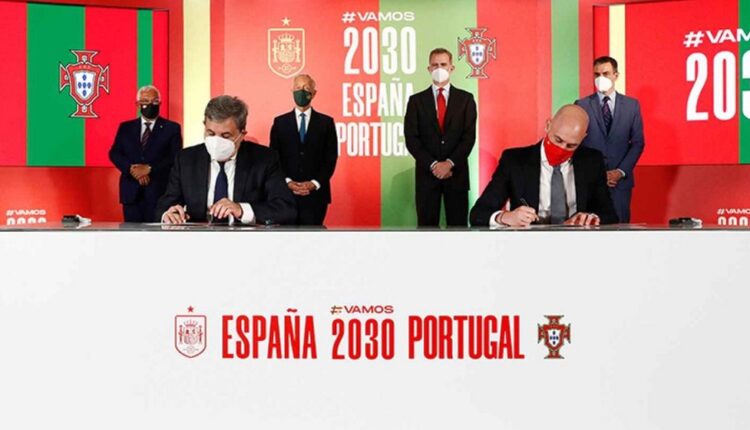 The candidacy of Spain and Portugal for the organization of the 2030 World Cup has been joined by Ukraine, as announced this Wednesday at a press conference

Ukraine has officially joined this Wednesday the candidacy of Spain and Portugal to organize the World Cup in 2030, the three parties have confirmed at a joint press conference in Nyon (Switzerland), UEFA headquarters.

This proposal, indicated in a press release by the RFEF, “has the unconditional support of UEFA in a global project that transforms European football in an exceptional situation.” “Luis Rubiales and Fernando Gomes, top leaders of the RFEF and the FPF, understand that there is nothing better than a World Cup to strongly transmit a message that will serve as a source of inspiration in the future,” he added.

The candidacy has “the full support” of Aleksander Ceferin, president of UEFA, and is intended to “build bridges and project a message of unity, solidarity and generosity on the part of all European football.” “The candidacy strengthens ties with Europe, generating hope and providing reconstruction tools to the Ukrainian people, who have expressed their pride and gratitude for participating in this project,” he stressed.

The Coordinating Commission of the 2030 World Cup, led by Antonio Laranjo, is already working with the participation of Ukraine, which will soon incorporate the members of its delegation. The Ukrainian arrival does not alter the established roadmap, since Spain maintains its eleven venues and Portugal will continue with three.

“The candidacy of Spain, Portugal and Ukraine has the approval of both the Government and the Head of State, and will meet all the deadlines for delivery according to the FIFA order book. We trust that the football family embrace and support this initiative,” declared the RFEF.

Ron Diplomático was acquired by a subsidiary of Jack Daniel’s