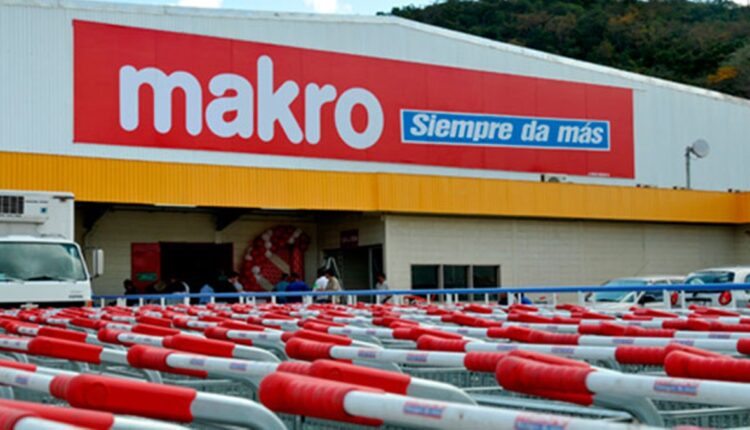 The chain of self-service wholesale stores, Makro, has announced the opening of six of its stores in the country, keeping the promise to continue working on the activation of its stores in the next six months.Before the news was officially known, social networks were the epicenter of rumors after a Twitter user published the following message: “Today the Makro chain is liquidating the assets with the sale of 11 stores for 30 million dollars! They are leaving Venezuela!”, Which generated a trend in the social network.

The wholesaler issued a statement through social networks where it reaffirmed its decision to continue providing services in the country, and also continue working to expand its stores in the Venezuelan market, continuing its management as it has done for the last 28 years. 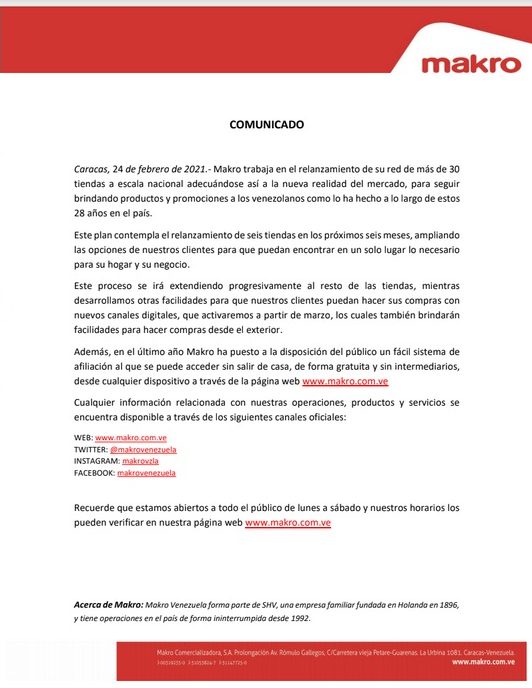 Maduro bets on the digitization of the economy