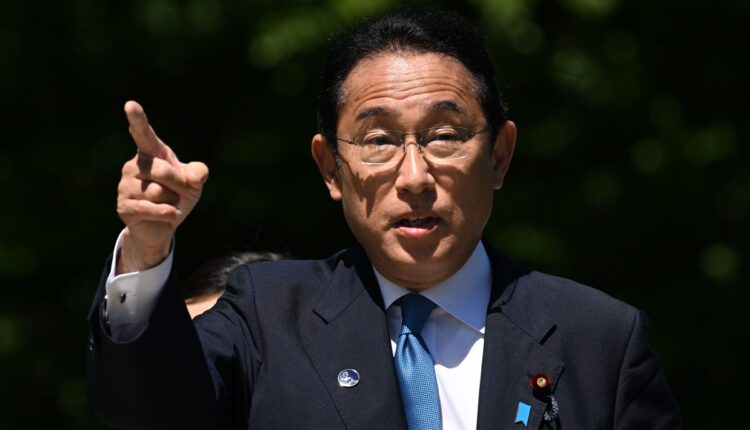 The Japanese prime minister appointed Hiromichi Watanabe, who was already Prime Minister of Reconstruction between 2018 and 2019, as Akiba's successor

Japan’s Prime Minister, Fumio Kishida, announced on Tuesday the removal and dismissal of Reconstruction Minister Kenya Akiba, who has been embroiled in a financing scandal, thus becoming the fourth cabinet member to leave his post. in the last two months.

The opposition parties and the ruling party itself, the Liberal Democratic Party, made several calls for his resignation, especially at the gates of the next regular parliamentary session at the end of January.

The prime minister appointed Hiromichi Watanabe, who was already Prime Minister of Reconstruction between 2018 and 2019, as Akiba’s successor.

Akiba admitted that two political groups affiliated with him paid 14 million yen to his mother and wife as “rent” between 2011 and 2020. In addition, the minister also reportedly paid 200,000 yen to his state-funded secretaries, to work on his candidacy for re-election to the Lower House in October 2021, something that would violate electoral law.

As the cited agency states, Akiba’s immediate dismissal is due to the government’s desire to avoid obstacles to discussions on next year’s fiscal budget and other party bills in the next parliamentary session.

Previously, three other ministers have left their post in the last two months. The first, the head of the Economy, Daishiro Yamagiwa, for alleged relations with the controversial Unification Church; then the head of Justice, Yasuhiro Hanashi, after a stir due to frivolous comments about his functions; and the Minister of the Interior and Communications, Minoru Terada, also embroiled in a financing scandal.

Mexico is emerging as the best Hispanic economy

Financial institutions in Japan to test a digital yen