The Italian oil company Eni announced the opening of bank accounts in euros and items in the Russian financial entity Gazprombank in order to carry out the necessary transactions for the supply of Russian gas and thus comply with the new regulations required by Moscow.

These guidelines consist of “opening an account in the currency provided for in the contract, making a payment in that currency and making a statement saying that this is how the payment for the gas delivery in question is closed,” said the European official.

According to the information provided by the company, “the payment obligation can be fulfilled by transferring euros and this procedure should not be incompatible with the sanctions imposed by the European Union (EU) against Russia in response to the invasion of Ukraine.” 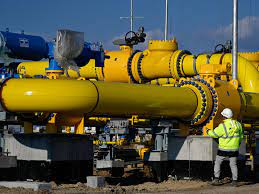 The Eni oil group, controlled by 30.3 % of its shares by the Italian State, stressed that the Russian authorities have guaranteed that “invoicing and payment will continue to be made in euros”, as it is the currency established in the contracts and in within 48 hours a financial operator will make the change to rubles, without the intervention of the central bank of Russia.

Payment for Russian gas in stages

As will be recalled, the European Commission recommended not to open accounts in currencies other than those established in the contracts. The opening of an account in rubles would be violating the sanctions established against Russia for its invasion of Ukraine.

In principle, the Russian government established that countries interested in acquiring gas must pay in items. But a new Kremlin decree introduced a two-stage payment method consisting of two phases. First, making the payment in the currency of the contract, that is, dollars or euros, in a Russian bank. The second phase is to convert that money into rubles in an account of the same institution.

With this new procedure, the Russian central bank does not intervene in financial transactions, for which the sanctions established by the United States and the European Union will not be violated.

Android 13 will incorporate support for braille

Bitwise ensures that 95% of cryptocurrencies will disappear