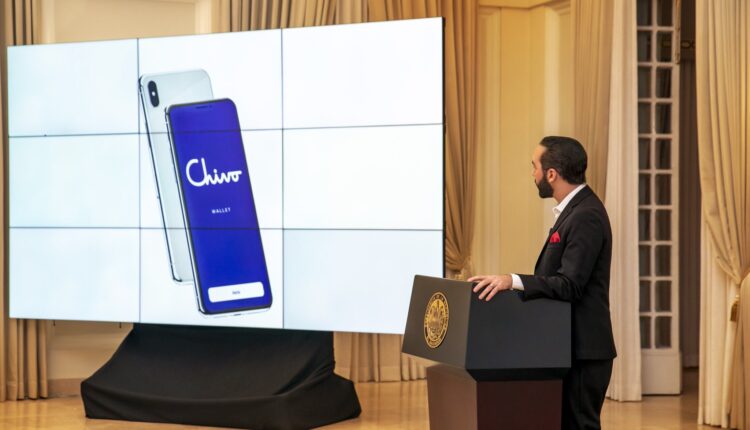 Half a million Salvadorans are using the Chivo wallet

Nayib Bukele admitted the technical errors that have occurred in the use of the wallet and highlighted that the new minimum for transactions to other apps is $ 0.01

The president of El Salvador, Nayib Bukele, used his social network Twitter to report that more than half a million citizens are using the official Chivo wallet, after the entry into force on September 7 of Bitcoin as legal tender in the country, although he acknowledged some technical limitations.

He explained: “The technical errors of the Chivo wallet are 95 % corrected. In the next few days it will be working at 100 % ”. He highlighted that the national ATMs and those of the United States are working correctly, as well as the 51 Chivo points.

Chivos ATMs located in the USA can be used to recharge without having to pay any type of commissions and they work in accordance with the provisions of local laws. The cities where you can find them are: Los Angeles, San Francisco, Doral, Atlanta, Chicago, Dallas, El Paso, Houston, Laredo and McAllen.

He also pointed out that as of this Wednesday the recharge option will come into effect, from any country in the world and with debit, credit or gift cards, without commissions. In addition, the president indicated that the new registrations are not yet enabled, nor can the app be downloaded in the new phone models, but they aspire to complete it for the next few days, once the application is 100% operational.

The list of businesses that are accepting payments with Bitcoin or dollar using the Chivo wallet or other apps has been increasing. He explained that they plan to carry out jointly with the businesses some promotional initiatives such as discounts on products and services or other benefits to the users of the official wallet.

Additionally, he reported on the blocking of some profiles because they presented an error at the time of registration, but in order to solve the situation “these users will be deleted so that they can re-register”. Who have presented limitations with the “transfers of balance to bank accounts or payments will be contacted by our technical team once the bank interconnection is resolved. This will take a day or two, but all balances are recorded and guaranteed.”

iPhone 13 will go on sale in a week

Germany will support the Palestinians with $ 120 million