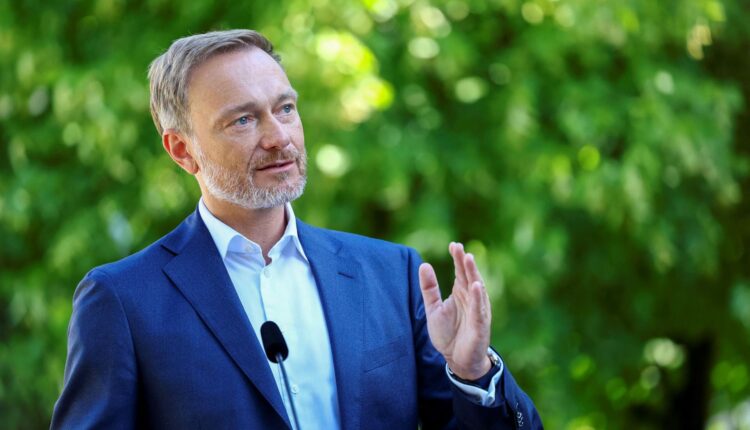 Germany announces a plan of reductions and tax aid against inflation

An aid of 10,000 million euros was announced by Germany in order to curb the impact of inflation on the purchasing power of the population

The German Minister of Finance, Christian Lindner, announced this Wednesday a package of fiscal measures of up to 10,000 million euros to offset the impact of high inflation on the purchasing power of citizens, including tax cuts and an increase in aid to families.

In the presentation of the Inflation Compensation Law, the German minister explained that the measure aims to adjust the fiscal impact that inflation represents for some 48 million citizens in order to avoid additional charges, in addition to contemplating specific support measures for families.

“The State must not enrich itself with inflation at the expense of citizens,” he stressed, adding that some 48 million taxpayers will be able to benefit from the measures, although those citizens with particularly high incomes are deliberately excluded.

On its side, the package of measures also contemplates the gradual increase in the allowance per child for each parent by a total of 264 euros between 2022 and 2024, until reaching 2,994 euros on January 1st, 2024.

The German Federal Statistical Office (Destatis) reported this Wednesday that the year-on-year inflation rate stood at 7.5% last July, which represents a reduction of one tenth compared to the corresponding 7.6 % to June and four tenths compared to 7.9 % in May, thus accumulating two consecutive months in decline, thanks to the relief measures implemented by the Government of the country, including discounts on public transport and fuel.

“The main reason for the high inflation remains the rise in the prices of energy products,” said Georg Thiel, president of the Federal Statistical Office, after energy prices in Germany rose 35.5 % in July, compared to 38 % in June.

In particular, Thiel highlighted the “slight downward effect on the inflation rate” of the introduction of a temporary transport pass at a reduced price of 9 euros and the discount on the price of fuel, in addition to the elimination in July of the surcharge EEG.

Thus, the elimination of this surcharge on the bill allowed the year-on-year increase in electricity prices in July to be 18.1 %, compared to 22 % in June, while discounts in fuel prices limited the price increase to 23 % from 33.2 % in June. Additionally, heating oil prices rose 102.6 %, including a 75.1 % rise in gas.

On their side, food prices increased by 14.8 % year-on-year in July, after rising 12.7 % in June. Price increases were recorded for all food groups, including a 44.2 % rise in the prices of edible fats and oils and a 24.2 % rise in the price of dairy and eggs, while meat and meat products became 18.3% more expensive.

Excluding energy prices, Germany’s inflation rate stood at 4.4 % in July, while the core rate, which also excludes food, stood at 3.2 %.

Binance remains optimistic about its arrival in the Philippines

US Secretary of the Treasury promises new requirements for…

Elecnor arrives in Colombia with the construction of a wind…