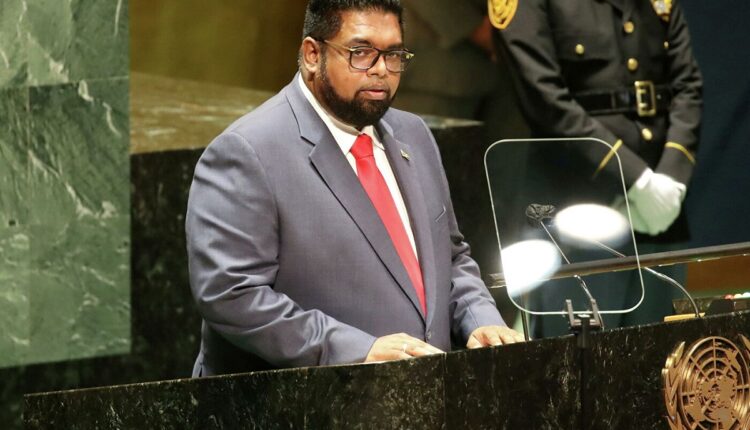 Members of the Omega Industrial Group and other Mexican businessmen met with the President of Guyana, Mohamed Irfaan Ali in order to analyze the feasibility of a group of infrastructure projects that could be developed in the South American country, as reported by the Government of Guyana on the official website.

The information highlights the visit made by Andrés Holzer, CEO of the Industrial Omega group in order to reach future investment agreements. One of the projects studied and presented by the President of Guyana is the construction of a bridge over the Corentyne River, which will link Guyana and Suriname.

Another investment project that will generate a great impact is the construction of a metropolis, called “Silica City”, which plans to build a new city in Demerara-Mahaica, located in Region 4 of Guyana and where the capital, Georgetown, is located.

Other Mexican businessmen and various ministers and representatives of the government of Guyana also participated in the meeting and expressed the possibility of executing projects with social impact such as the construction of houses, hospitals and roads.

The infrastructure in a country is key for the development of all sectors within a country. That is why investors recommended having roads in good condition between different locations, especially between Lethem and Linden, to improve trade between Guyana and Brazil.

Holzer and the other Mexican investors highlighted as areas of interest “an oil refinery and a new terminal at Cheddi Jagan International Airport.”

The president also expressed to Holzer his desire that “Guyana products be sold in duty-free shops at airports around the world,” taking advantage of the fact that the Mexican’s company is in charge of managing such establishments in 64 countries.

Switzerland will have its cryptocurrency bank in 2019