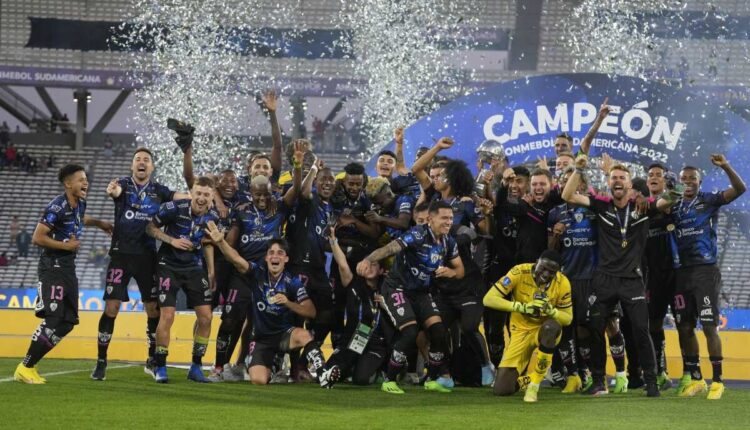 Independiente del Valle repeats history in South American football by lifting its second Copa Sudamericana title and beating São Paulo 2-0. They were far superior on the field, leaving their rival without options and became the Ecuadorian team with the most South American Cups under their belts.

The club arrived at the tournament after finishing third in their group in the Copa Libertadores, and began their journey to the Sudamericana in the round of 16. Lanús, Deportivo Táchira and Melgar were the rivals on their way to the final, an instance in which they beat São Paulo to win the title and a millionaire economic prize.

The Ecuadorian club Independiente del Valle obtained a millionaire economic prize with which it covers almost the entire budget for a year. In addition, as a total of his last tournaments, he has received and accumulates the sum of more than 10 million dollars in income.

In total, the Ecuadorian team won 6.9 million dollars for being champion of the South American Cup, an amount with which they cover almost the entire budget for the year. It must be taken into account that the Ecuadorian club was also in the group stage of the Copa Libertadores, for which it received an additional 3 million dollars.

In such a way that the prizes in the different tournaments they played allowed them to receive about 10 million dollars, since in the Ecuador Cup they reached the semifinals and also added significant money. The Ecuadorian team, Independiente del Valle (IDV), has had a very good year in sports and this was reflected in the money they received.

With information from Puro Vinotinto

The Latin Grammys will award with nft

Taxes from Alcaldía de Baruta can be paid through Bancamiga Online

Mexico will ratify trade agreement with Canada and the…