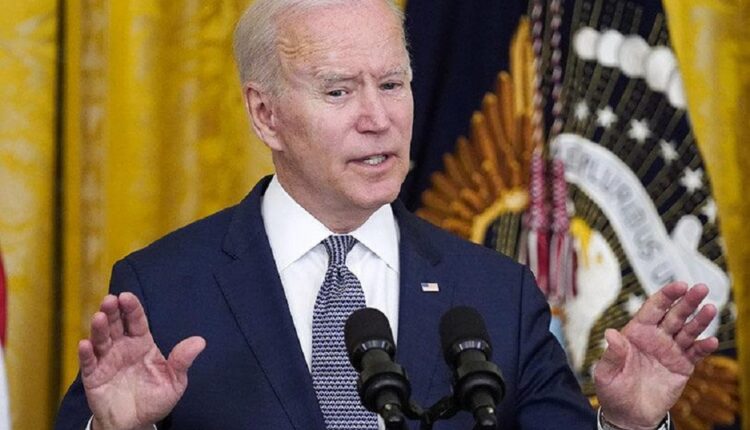 Biden defends his job in command of the US

The US president faces the mid-term elections this week, highlighting how he rebuilt the country under Trump's administration

The president of the United States, Joe Biden, defended on Sunday the measures carried out during his term as head of the Administration during a rally to support the candidacy of the governor of New York, Kathy Hochul, in the framework of the mid-term elections.

Biden highlighted, according to the White House, that his predecessor, former President Donald Trump, “left the economy in ruins”, emphasizing that he is the first president at the head of the Administration that has caused a higher unemployment rate since the time of Herbert Hoover.

“And the country is in a pandemic with no way out. By the time I swore in, only 3.5 million people had been vaccinated, completely vaccinated. Now there are 220 million“, he said, adding that, for his part, he managed to create 10 million new jobs. .

In this sense, he specified that the unemployment rate “is at a historical low of 3.7%. We are sending American products abroad instead of American jobs abroad. We have created 700,000 new manufacturing jobs,” he added.

“By the way, do you know the Republicans say that ‘Democrats spend too much’? Well, you know what, guys? They gave me the biggest deficit in history. I’ve reduced the deficit by $1.4 trillion this year, the largest in the history of the United States,” he said.

Apart from the economic measures, Biden recalled the PACT law, which seeks to help war veterans “who were exposed to toxic substances,” such as firefighters during the September 11 attacks.

During his speech, Biden dedicated some reproaches against the Republican candidate for governor of New York, Lee Zeldin, alleging that during the years of his mandate he has voted against the majority of initiatives promoted by the Democrats, such as the bipartisan infrastructure law or that of reducing inflation.

Among other measures, the president also assured that the Biden Administration “increased the minimum tax on American companies by a staggering 15%. “Firefighters pay more than that. But the 15%, again, that Congressman Zeldin voted against.”