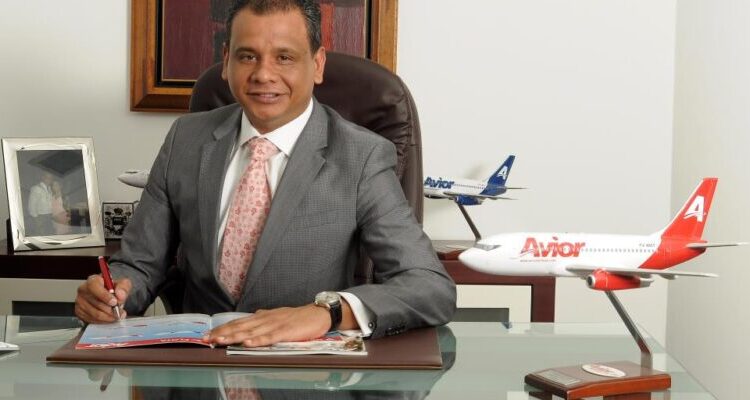 Avior Airlines proposes to restart flights between Venezuela and Colombia

Avior raises return of its flights to Colombia

Up to eight hours of travel and almost triple the normal cost of the ticket  must pay Venezuelans who need to travel to Colombia by air. “To travel between Venezuela and Colombia you must currently travel more than double the distance. Passengers must make at least one stopover, increasing travel time by more than three times”, explained Juan Bracamonte, executive president of the company, who reported on the proposed reactivation of commercial air traffic – which ceased on March 13, 2020 – after declaring the national emergency with the arrival of the pandemic caused by COVID-19.

Before the air traffic restriction, in the last 5 years close to 1.6 million passengers were mobilized. “Avior Airlines has been part of the progressive reactivation of national and international flights carried out with total success by the authorities, and we are willing to contribute from the technical and human point of view our best efforts for a necessary and soon restart of activities,” he said. Bracamonte. 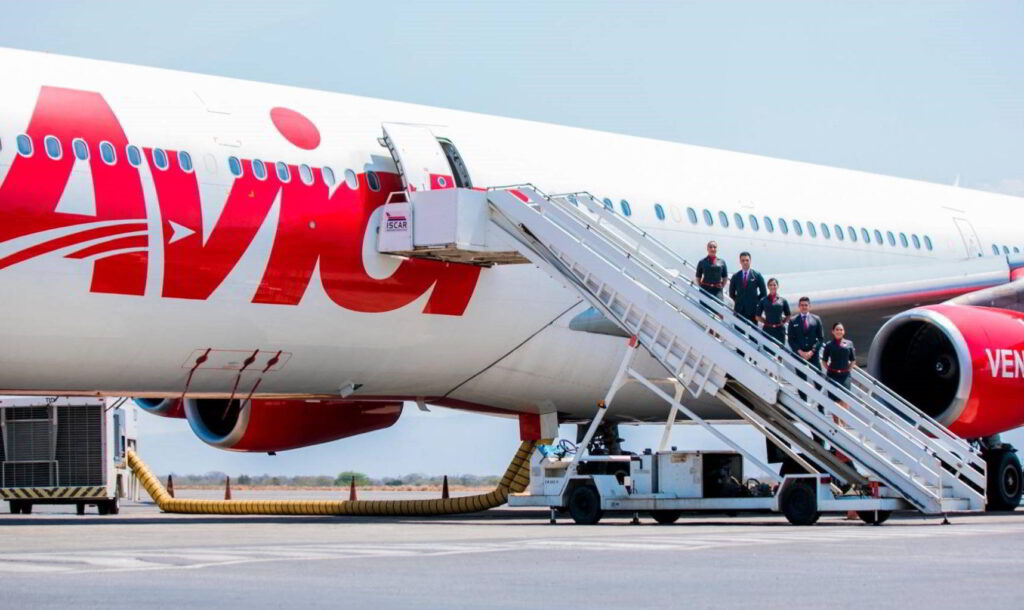 The businessman and senior aeronautical executive explained that the passenger’s search for travel alternatives has benefited the market of third countries, such as Panama and the Dominican Republic, to the detriment of the private and official national market. A market analysis – carried out by the airline with a view to a potential restart of operations between the two countries – estimates that in the next four years (2022-2025) 1,650,143 passengers could be transported between local and foreign companies, of which Avior Airlines estimates that it will attract approximately 702,855 users based on the progressive development of its operations.

Leader in the market

Before the suspension of operations between both countries, Avior Airlines developed a flight itinerary to connect the cities of Caracas, Valencia, Maracaibo, and Margarita, with the Colombian cities of Medellín, Bogotá, Cali and vice versa, occupying almost 80% of total market share.

The spokesperson assured that the corporation’s personnel and aircraft are ready and awaiting the green light from the national authorities to expand their destinations. ¨We are about to start flights to Barquisimeto and Puerto Ordaz from Caracas, and most likely El Vigía-Porlamar in direct flight, we will soon return to Mexico, via Cancun. Likewise, we will resume international operations from Barcelona to Santo Domingo, Dominican Republic, thus expanding the international options “.

Bracamonte reported that he does not rule out that meetings with the Venezuelan Foreign Minister will be held in Caracas in the coming days. “At Avior we are betting on the growth of the sector. It has not been easy in this time of a pandemic. We applaud the great effort that INAC has made during all these months for a safe and successful return that will benefit millions of Venezuelans.”

Juan Bracamonte, executive president of the airline, presented the petition to the Venezuelan authorities 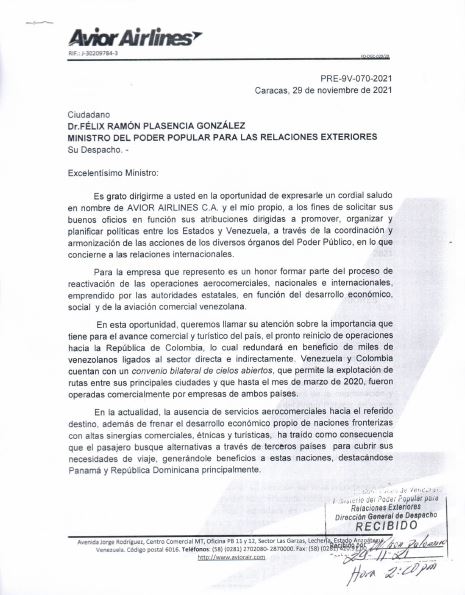 Venezuela and the UN agree cooperation for sustainable development

The Caracas Startup Week will start next July 15

BBVA completed the sale of its US subsidiary

WHO asks for more economic contributions to face Covid-19