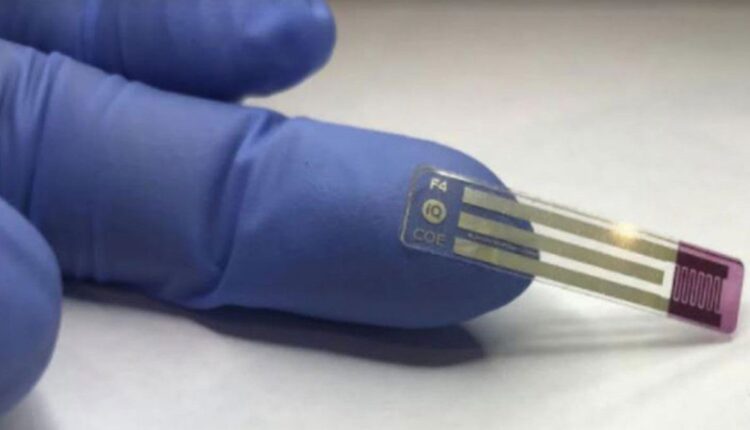 Scientists at the University of Newcastle in Australia are developing a method to measure glucose through saliva and thus avoid the prick that leaves a pinpoint of blood, considered the most effective way so far.

According to published information, the technique consists in that users would place a strip on their tongue and after waiting a few minutes they will be able to review the results that will be reflected in an application downloaded to a smartphone.

Paul Dastoor, professor of physics at Newcastle University in New South Wales and project leader, explains that the inspiration to find a new way to record blood sugar levels came from the school where his wife works as a primary school teacher, when he saw some children suffer from the puncture to obtain the drop of blood and measure their glucose.

The researcher believes that the method “really opens up the possibility of painless and inexpensive glucose testing. And hopefully there would be much better results for those with diabetes. The exciting prospect is that in the future we could have a diabetes test that does not involve stabbing ourselves four to six times a day.”

Dastoor explained that the presence of glucose in saliva is minimal, which is why highly accurate meters are required to achieve effectiveness.

He emphasizes that the strip is a biosensor that measures biological or chemical reactions generating signals, developing with a specific material to generate a reaction according to the levels of sugar in saliva by means of hydrogen peroxide.

This component is expressed in hydrogen ions that are responsible for generating an electrical signal that would be processed and displayed by an application on the smartphone.

The Australian government is allocating about 3.4 million dollars for this project, and once the clinical trials are approved, they will mass-produce the kits and encourage the download of the app they are going to develop. If the method is approved, it is estimated that the first productions would be coming out in 2023.

MásQueDigital invites you to participate in the conference “Digital Entrepreneurship: Make Your Perfect Play”

Ripio to launch a cryptocurrency before the elimination of…