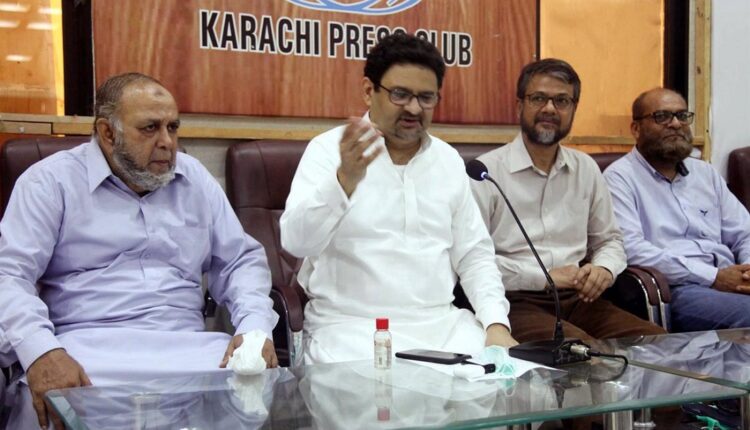 Pakistan's Finance Minister, Miftah Ismail, has advocated this Saturday for economic self-sufficiency as a means to achieve true freedom

Miftah Ismail wondered at a press conference on Pakistan Television, collected by the state agency APP, how the government can speak of real freedom without achieving economic self-sufficiency.

In this regard, the minister declared that the previous government was leading the country into non-compliance, while the Prime Minister’s Executive, Mohamed Shehbaz Sharif, would have saved the nation from bankruptcy. “We have saved the country from a situation like the one in Sri Lanka,” he said.

The delegate of the economic portfolio has assured in an interview with Bloomberg News that he wants to break the cycle of boom and bust that has developed for decades in Pakistan so that the nation lives within its means.

“I want to see a Pakistan that lives within its means. That’s all,” he declared, before clarifying that these plans “can’t happen in a year”, but he has asked to start with the programs.

Since taking office in April, the former IMF economist has worked to reduce the huge trade gap and current account deficit. The minister expects economic growth of more than 3.5 percent for the fiscal year.

Imports from Pakistan must be equal to the inflow of dollars from exports and remittances provided by citizens living abroad, he has indicated, therefore, he has proposed that the restrictions on luxury items remain in force longer than provided.

First 5G antenna was installed in the Volkswagen Arena