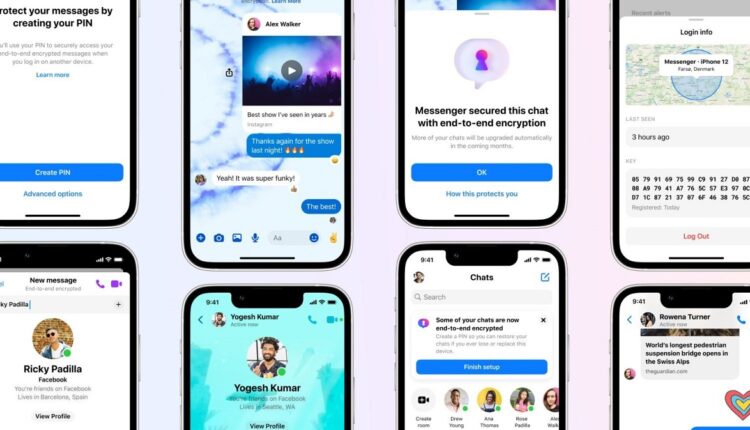 Meta has announced the introduction of new features in Messenger for end-to-end encrypted chats, including customization options both in the theme and colors of the chats as well as in the reactions to messages and emojis.

The company already uses end-to-end encryption on its platforms, such as WhatsApp, which keeps personal conversations safe from threat actors. In this way, only the users themselves can access them and not even Meta can view their content.

From now on, users will be able to configure their interface with static colors and gradient themes, as well as group profile photos for different chats with friends or coworkers.

Meta has also noted that it has rebuilt link previews for end-to-end encrypted chats, so users can know what content it directs them to before clicking on it.

This package of news also includes the display of the status as active, to indicate to your contacts that you are available to receive calls. However, the company has indicated that it is an indicative, so it can be deactivated to maintain privacy.

Bubbles has also been introduced in its version for Android. Bubbles are circles with the image of contacts that allow you to read and reply to messages while using other applications. Once this option is enabled and a message is received, this notification format will appear.

On the other hand, the company owned by Mark Zuckerberg has indicated that it has also begun to expand global tests of end-to-end encrypted chats by default in Messenger and that in the coming months, “millions of people around the world will see that some of its individual threads are end-to-end encrypted.”

Meta has said that it is aware that “people want a space to connect, and they want to know that those conversations are private, safe and secure.” Based on this need, he has created a team of engineers and experts in this field to implement the default end-to-end encryption on the platform.

In doing so, it has stated that this is a random testing process and that it will provide status updates as it progresses with this rollout over the course of 2023.

Peru, Ecuador and Colombia sign trade agreement with the UK

Russia increases its grain reserves by 20 %