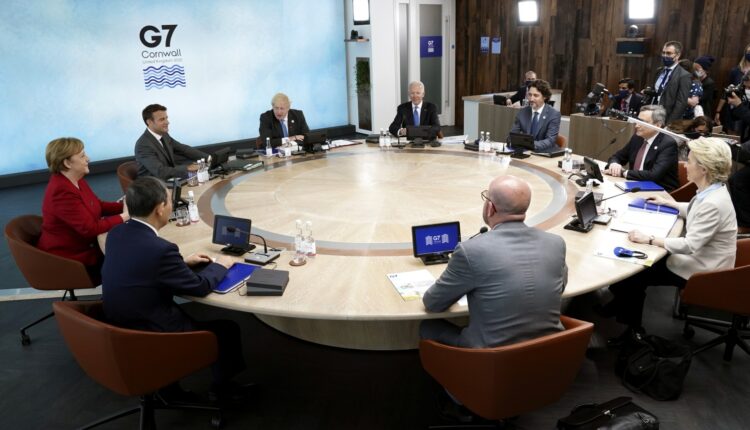 With this initiative, the G7 aims to develop projects related to climate, health security, digital technology and gender equality

The G7 representatives agreed, during the summit in the United Kingdom, to launch the initiative called rebuilding “better for the world in order” to respond to the enormous infrastructure needs of the middle and low-income nations of Latin America, the Caribbean, Africa and the Indo-Pacific.

The information was provided through a statement issued by the White House where they reported that the decision seeks to mobilize capital from the private sector to promote projects in four areas: climate, health security, digital technology and gender equality, in addition to have investments from financial institutions.

The plan is an alternative to the project that China has been implementing called “One Belt, One Road”, a route, a belt, to revitalize the Silk Road through the modernization of infrastructure and telecommunications that facilitate connectivity between Asia and Europe.

According to the declarations issued by the US Government, this plan is a collaboration between large democracies to develop a project protected by “values, with high standards and transparent” that will reduce the infrastructure needs required by developing countries. which are in the order of 40 billion dollars, increasing as a result of the Covid-19 pandemic.

Recently, a senior representative in the Biden administration criticized the Chinese “One Belt, One Road” plan for poor transparency and poor labor and environmental standards, as well as allegedly leaving many countries worse off.

Biden is pressuring the G7 to take “concrete action” against “forced labor” in northwest China’s Xinjiang province, where the Uighur minority lives.

France will inject 100,000 million euros to relaunch its…