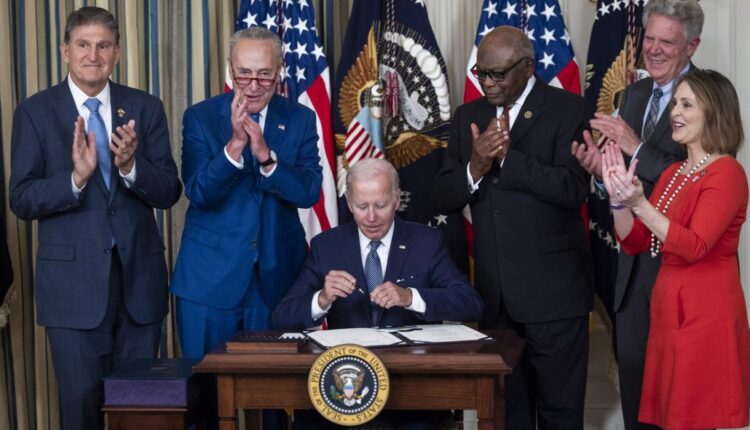 Joe Biden signed the Inflation Reduction Act on Tuesday, which he described as one of the most important in history. It is a key law that contemplates more funds to combat climate change, increases taxes on companies and expands medical coverage.

For Democrats, this law is a milestone in a legislature marked by divisions. “One of the most significant laws in our history,” Biden has defended, who has interrupted his vacation and has worn a mask due to his wife’s positive for Covid-19.

The satisfaction of the ruling party has become palpable in the event at the White House, interrupted on several occasions by applause. The initiative has gone ahead despite the outright rejection of the Republican opposition, both in the House of Representatives and in the Senate.

Biden has emphasized that “each and every one of the Republicans” said ‘no’ to a law that, in his own words, gives rise to a “historic moment” for the United States.

“With this law, the American people win, and the special interests lose,” said Biden, who has clarified that he does not intend to “tear down” but “build up. Today is yet another proof that America’s soul is vibrant and its future bright,” he added, aware of the importance of the moment.

Democrats anticipate a larger celebration on September 6 and the White House has already anticipated that Biden will make several trips in the coming weeks to try to explain to the public the importance of the new law, with an eye toward the mid-term elections. or ‘midterms’ of November.

The Inflation Reduction Act is not as ambitious as Biden initially dreamed of, but it is expected to help raise more than $700 billion while laying the groundwork for some $400 billion in clean energy spending and health aid.