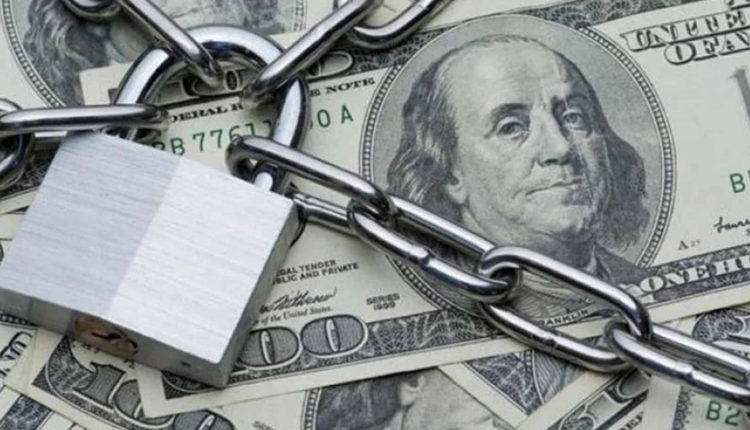 In recent months, Venezuela’s external debt has been a subject of national and international interest, due to the implications of liquidity and reliability of financing that the nation presents or has.

The manager of corporate finance and investment strategies of Intelinvest, Jorge Kamenar, emphasizes that currently the Venezuelan debt reaches 58 billion dollars and that the period of time where most of it was issued was between 2005 and 2012.

Although debt issuance is a common operation worldwide, for the expert, the problem lies in that “the country borrowed to pay current expenses when it should have borrowed to pay capital expenses.”

Thus, Kamenar explains that the nation had to “borrow to develop infrastructure, build refineries, create projects that would then generate cash flow.” However, the money obtained from the issuance of debt was used for “imports of food and other products, political purposes, current public spending – not investment – and that is a serious mistake, because it is using money in something that never gives return”.

Venezuela is a monoproductive country, which obtains 98% of its revenues in dollars from the oil industry.

This causes that at a foreign currency level, the nation depends on how much oil is produced and at what price it sells, which is “something extremely risky and irresponsible”, because the cost of crude oil is fixed in a professional market that is highly volatile, explains the economist and area manager of Intelinvest.

Kamenar emphasizes that Venezuela had an entrance of 30 billion dollars a year, which reached to cover in debt up to $ 11 billion and leave around 20 billion for the rest of the expenses and investments of the nation.

However, in the period between 2014 and the second half of 2016, the price of crude oil fell precipitously. Despite this, the country continued to cover its external debt without inconvenience.

He relates in his analysis that, although it is true that the decline in oil production and the low price of the barrel have been the main cause of the crisis suffered by the Venezuelan external debt; The second reason for this debacle is the progressive decline of the productive apparatus.

“Venezuela is like an island that depends on oil to obtain dollars and buy the inputs that the country needs, instead of producing them herself. This is the result of an incorrect economic model, where it was preferred to allocate preferential dollars at a subsidized rate, much cheaper than its value in the real economy“, Kamenar points out.

By making this way that in the country it would be cheaper to import because of the preferential dollar, than to produce, we became as a nation “even more dependent on the flow of money”. For this reason and to avoid this, most countries have tariff or import tax policies that protect national production.

A panorama of sanctions

Since the end of 2016 there has been an accelerated decrease in the inflow of foreign currency. However, the Government had taken charge and was busy meeting its payment commitments.

However, “after the election of the National Constituent Assembly (ANC), United States implemented a series of economic sanctions on Venezuela, involving basically could not make new commitments and therefore prevented refinance existing debt through new emissions”, explains Kamenar.

Venezuela still suffered more restrictions, after the Office of Foreign Assets Control (OFAC) to rule on the processing of payments by the State including coupons, through Venezuelan accounts non-traditional for this type of transactions.

Kamenar clarifies that the international payment system is complex and bank intermediaries tend to take more care of the account, causing that the payments of Venezuela have been retained consecutively.

As a result, the government made the decision not to pay more, placing the country’s external debt in a complicated situation.

Road to the embargo?

From September 2017 to May 2018, Venezuela has accumulated a situation of payments due of approximately “3,845 million in past due payments, including a capital payment, but still have coupons that have a payment date in the coming days”, recalls the economist.

Failure to pay the external debt could imply the seizure of the assets that are abroad. In recent weeks, this has been a reality increasingly latent for the country, an example of this is the retention of Venezuelan products by Curacao, the sanctions on ships and the case of ConocoPhillips.

The possibility of debt holders being attracted by an embargo, puts the country in a vulnerable situation and is the reflection of an economic model that was not planned “to deal with the number of commitments made.”

The financial strategist of Intelinvest also recalls that, in 2016, PDVSA held a reprofiling of foreign debt, in the form of an exchange by proposing to holders of bonds maturing in 2017, traded for a higher nominal amount in new bonds with expiration in 2020, which also had attractive characteristics, as a guarantee of a part of the shares of CITGO and a coupon of 8.5%.

This mechanism is optional, but it has been and can continue to be efficient, since “the bondholders would be willing to accept a new bond” and this “is closely linked to its performance”.

However, under the current scenario of sanctions, this option is complicated, since sanctions prohibit US holders, who represent an important part of the outstanding amount, receiving bonds from a new issue. So that option would only be valid for other nationalities.

On the other hand, a restructuring would result in accepting that nothing can be paid and leads to offer spouses sporadic and low yield payments.

Holding for the future

To conclude, Kamenar summarizes that the decisions made by the bondholders depend on their capital needs in time and the time they are willing to wait. The economist believes that there are two main alternatives: “sell in the short term and rotate to lower risk assets or wait for an indefinite period until the Government is updated with their obligations or there is a restructuring of the debt.”

Venezuela will have a Decentralized Stock Exchange

Texas will help people on the street with blockchain