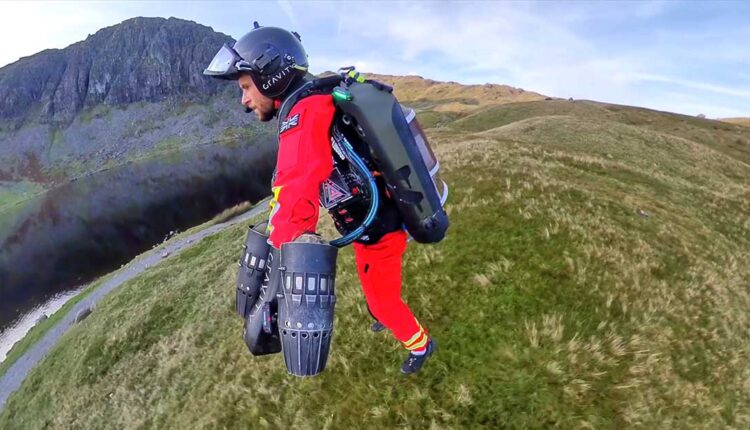 The Iron Man-style powered suit was already used for entertainment purposes, however, the brainchild of inventor Richard Browning, it will now be used for the rescue of people

Gravity Industries, the inventor Richard Browning’s company, has tested a jet suit with the Great North Air Ambulance Service (GNAAS) of the United Kingdom that allows the rescue of people in remote areas.

The GNAAS is a charity offering a dedicated helicopter emergency service for the North of England with three aircraft. Together with Gravity Industries, they recently managed to demonstrate that a paramedic can reach a victim in a remote area in less time with a ‘jet suit’ before requesting the service of a helicopter or other support.

In the test, Browning flew a ‘jet suit’ to a simulated victim in a mountainous location in the Great Langdale Valley in the Lake District National Park. The feat was accomplished in 90 seconds, compared to 25 minutes walking.

“We believe that this technology could allow our team to reach some patients much faster than ever. In many cases this would alleviate the suffering of the patient. In some cases, it would save their lives,” says the Director of Operations and Paramedic of GNAAS, Andy Mawson.

The suit is powered by a jet engine with more than 1,000 horsepower. The paramedic should wear it like a vest, on the back, but it also includes jets on the arms and feet. Hence, it resembles the Marvel superhero Iron Man,

The key to displacement in the air is natural human balance. It is estimated that the maximum flight time is 10 to 20 minutes and a maximum height of 600 meters from the ground is achieved. The suit incorporates a frontal display screen that provides the jet suit wearer with flight information, such as fuel level or maximum speed.

The company Gravity Industries has highlighted that the helicopters with which they provide the rescue service will continue to be active to provide an emergency response, but will combine the new technological resource of the suit powered by a jet engine.

With information from agencies

Venezuela will have a Decentralized Stock Exchange

Bnext settles an alliance with Cacao PayCard to reach Latin…

Uber seeks to bet on the purchase of Free Now