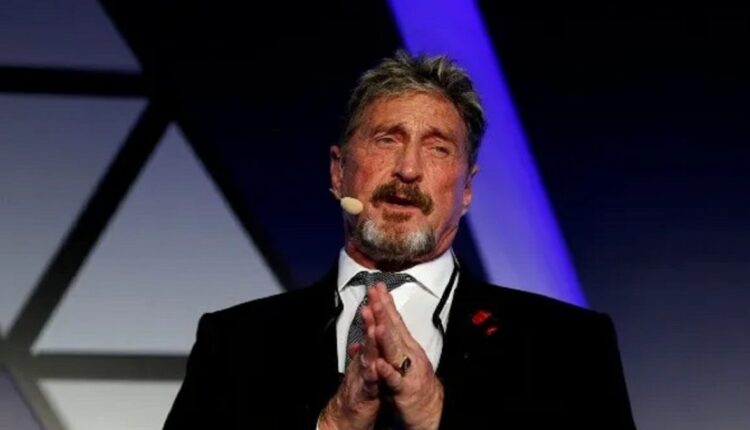 The creator of McAfee antivirus was arrested for tax fraud

John McAfee, founder of the computer antivirus company that bears his surname, was arrested this Saturday for failing to comply with justice in tax evasion in 2014 and 2018, in addition to profiting from activities in the cryptocurrency trade without declaring it.

The arrest of the businessman is a compilation of accusations that after investigations initiated by the National Police at the end of July have been raised to Interpol where McAfee is placed as one of the most wanted people for tax fraud.

The investigations made it possible to verify that the millionaire spent seasons in Tarragona, Spain, and although the inquiries in hotels in the area and the homes of acquaintances and friends did not give results, the security systems at Madrid, Malaga and Barcelona airports were reinforced, and it allowed to capture McAfee.

The businessman is accused of allegedly hiding millions of dollars in income from the promotion of cryptocurrencies from the treasury of his country, in addition to using accounts in the name of front men to hide that income.

According to the US stock market supervisor, the Securities and Exchange Commission (SEC), the businessman promoted the purchase of cryptocurrencies among his followers of the social network Twitter without warning that he was being paid for it.

Bank of Canada says there are risks when using a cbdc