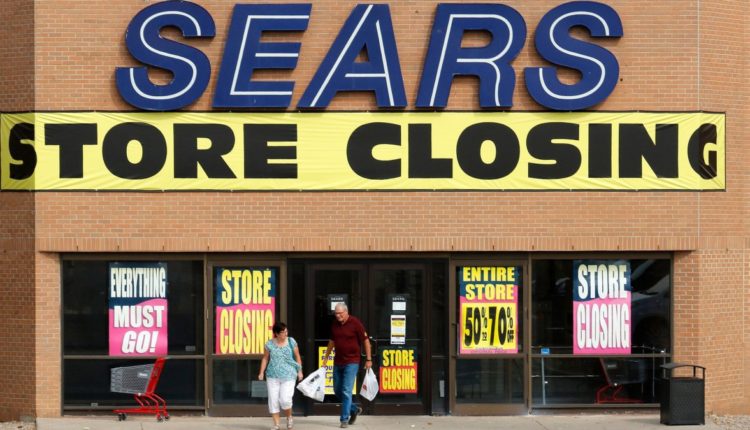 The main chain of department stores introduced this Monday, October 15th, the application for protection under the Bankruptcy Law of the United States

On Monday, October 15th, the application for protection under the Bankruptcy Law of the United States was announced by the Sears chain. For several days the regular customers of the stores had observed with concern the announcement of “Closure” in establishments of several cities. The news of bankruptcy by the brand has not been a surprise.

According to reports, the chain of department stores with the greatest tradition and roots in consumers filed for bankruptcy after lacking the capacity to pay a reimbursement of US $ 134 million.

One of the main causes of this decision, both for Sears Holdings and for other chain stores, is the increase in online competition from companies like Amazon. The declaration of bankruptcy was preceded by the closing of the physical stores and the sale of properties.

Kim Gittleson, Sears business correspondent in New York, said of the closing of stores: “While Sears’ closure of 142 other locations certainly marks the end of an era in retail in the US, the reality is that Americans still love to buy, even in physical stores, if it gives them a reason, they just did not want to buy from Sears.”

The company has not invested in the maintenance of commercial establishments or technology to adapt to modern times, with online advertising, e-commerce, among others. This has reduced interest in front of customers. Gittleson says that in recent times people did not show interest in entering Sears stores, because the shelves were empty, or the product signs were presented with handwriting.

The chain, founded by Richard Warren Sears and Alvah Curtis Roebuck in 1886 as a mail-order catalog company, must maintain its obligations to creditors despite filing for bankruptcy.