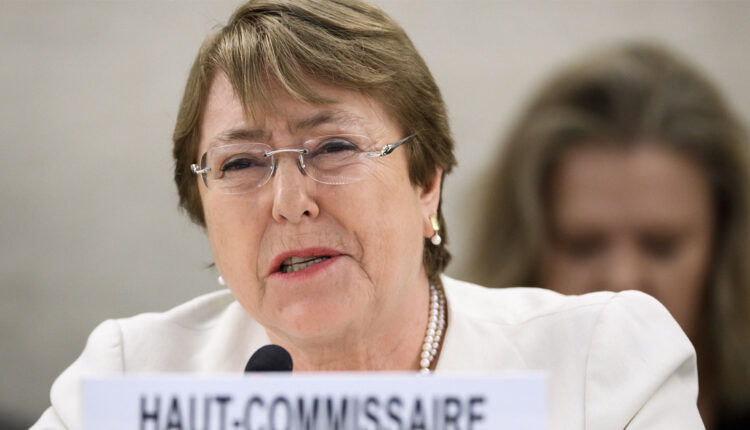 The former president of Chile, and the UN High Commissioner for Human Rights, arrived in the country on Wednesday to address the political and humanitarian crisis that is being experienced

The United Nations High Commissioner for Human Rights, Michelle Bachelet, has arrived in Venezuela this Wednesday as part of a visit to address the political and humanitarian crisis in the country.

Bachelet has been received by the Deputy Minister for Multilateral Issues of the Venezuelan Foreign Ministry, Felix Plasencia, and the Executive Secretary for Human Rights Larry Devoe, as indicated by the Ministry through his account on the social network Twitter.

Later, the Venezuelan Foreign Minister, Jorge Arreaza, received the ex president of Chile in the Yellow House, headquarters of the Ministry of Foreign Affairs.

For its part, the United Nations has confirmed the arrival of Bachelet to Venezuela and has reported that it will “give statements to journalists” on June 21 from the Caracas airport.

The Chilean ex president has arrived in Venezuela on Wednesday in a visit that the opposition had repeatedly claimed and that has finally been possible at the invitation of the government of the country’s president Nicolás Maduro.

Bachelet plans to meet with both parties, as well as other actors of the political and humanitarian crisis that Venezuela suffers.