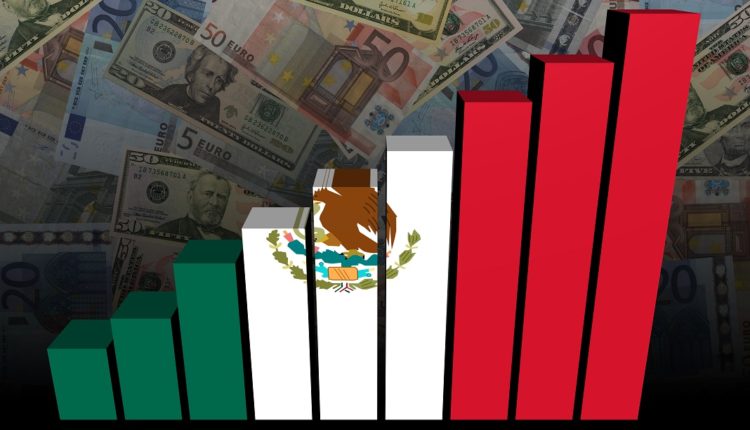 Mexico’s economy registers the worst drop in its history

The GDP of the Aztec country presented a contraction of 18.9% during the second quarter of the year

The Gross Domestic Product (GDP) of Mexico registered a contraction of 18.9% in the second quarter of the year with respect to the same period of the previous year, which is the worst reading of data in history in the context of the pandemic.

Regarding the quarterly variation, the Aztec GDP decreased by 17.3% in real terms, with a drop of 23.6% in secondary activities, a decrease of 14.5% and 2, 5% in tertiary activities and primary activities respectively.

Regarding the accumulated period until June, the indicator of the North American country contracted 10.5% compared to the previous year.

For his part, the President of Mexico, Andrés Manuel López Obrador, considers that the recovery of the Aztec economy will be in a “V” shape, since the economic fall hit bottom between April and May.

“I can tell people that the worst is over and that the strategy worked and we are already recovering,” said the president this Thursday in his morning conference.

Along these lines, AMLO acknowledged that these data were expected because they have been the three worst months of the crisis. “We fell and we are already recovering, we are already emerging in the creation of jobs,” said the president.

Vitalik talks about the dangers of smart contracts

Firefox presented the redesign of its mobile application