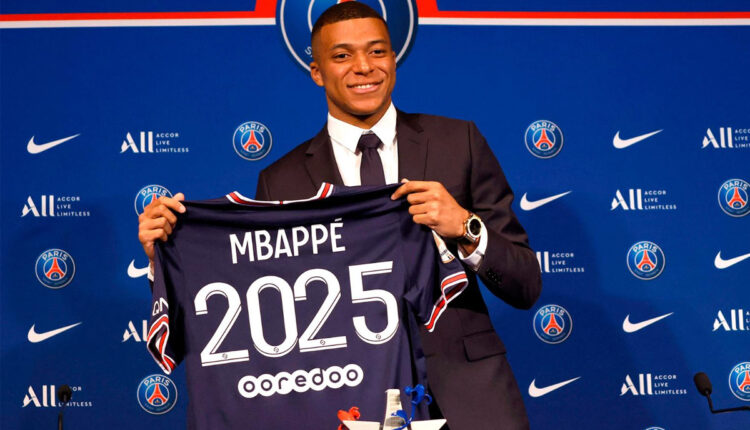 Mbappé has the best contract in the history of football

The French footballer, if he fulfills the three-year contract, will receive some 630 million euros gross

Kylian Mbappé, striker for París Saint-Germain  (PSG), signed months ago with the French club the best contract in the history of football and sport, according to the newspaper Le Parisien.

According to the French media, Mbappé will receive 630,000,000 euros gross if he completes the three years for which he signed with PSG. That amount would be broken down into different concepts and a month would reach 6,000,000 euros gross.

The entire amount collected would exceed that of the contract signed by Lionel Messi in 2017 with FC Barcelona and revealed by the newspaper El Mundo. The Argentine star signed a contract that reached a total of 555,000,000 euros.

Huobi announces the launching of its Bitcoin options

Norges Bank wants to develop its own cryptocurrency