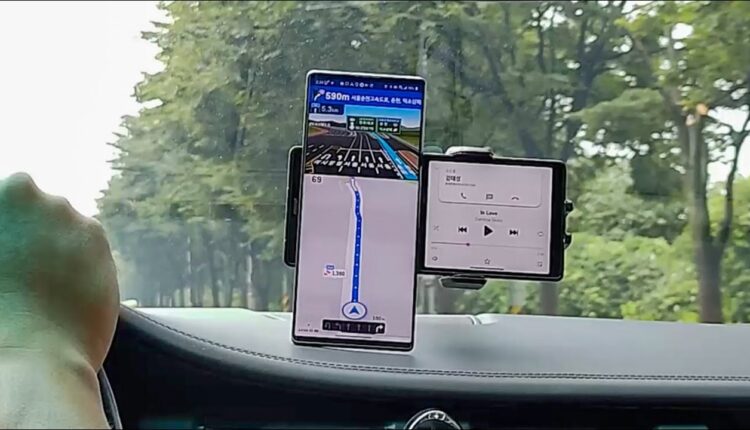 LG Wing, the smartphone with a rotating screen

A promotional video shows the new smartphone from the LG company, where its two screens can be seen: the main vertical one and the secondary side one, which form a "T" together

LG is working on a smartphone with a main screen capable of turning on itself, which would respond to the name of LG Wing, in which the main navigation would be carried out while other applications could be used on the secondary screen, such as the music player or the calls.

The Android Authority portal has shared a video that shows what LG’s new dual-screen smartphone would look like and work. As can be seen in the shared video, the phone is held horizontally, in such a way that the main screen – the one that is superimposed and rotates – appears vertically. This is used for navigation, while on the second screen controls for music playback and an incoming call.

In mid-May, the ETNews portal reported that LG was working on a smartphone design with a main screen that would rotate on itself so that it could be viewed horizontally.

According to the portal, the LG Wing will have a 6.8-inch main screen, which will be able to turn on itself adopting a “T” shape along with a 4-inch secondary screen.

He also claimed that the device would work with a Qualcomm Snapdragon 7 series processor and on the back it would have a triple rear camera with a 64-megapixel main sensor.

Panama announced that it will reactivate its economy in different stages

LinkedIn has been compromised by the Lauzarus hacker group

Mayweather was accused of cryptocurrency fraud