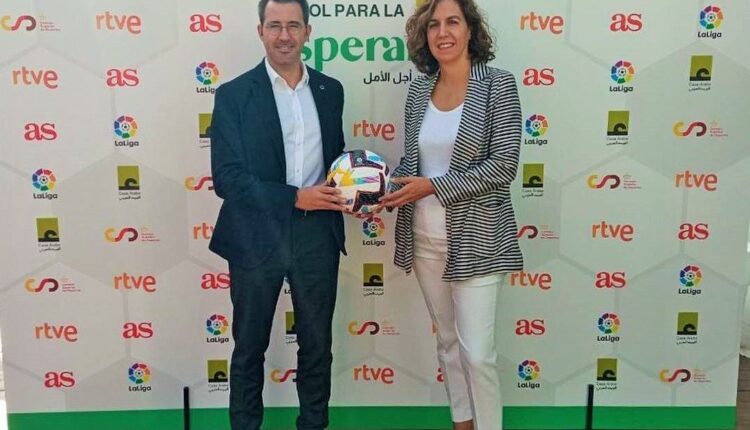 A new agreement between LaLiga and Casa Árabe will allow the promotion of projects in the area of ​​sport, as well as the values ​​of Arab culture

In a statement issued by LaLiga, the new alliance between the association and Casa Árabe was announced to promote various sports projects as well as Arab culture.

According to the statement, the first initiative, framed in the ever closer World Cup, will be the “Soccer for Hope” project, to make available to the public professional meetings, conferences, exhibitions, multiple recreational and sports activities, over five months in Barcelona, ​​Madrid and Córdoba.

As reported by LaLiga to dpa: “The Middle East and North Africa region is strategic for LaLiga, and has been one of the axes of its international expansion. LaLiga was the first major European sports league to create an office in this area in 2014, when it opened its permanent office in Dubai. Also in the United Arab Emirates, LaLiga opened the first of its international academies in 2015, which had more than 1,000 registrations”.

For his part, the president of the employers’ association, Javier Tebas, underlined his confidence in sport as a “tool for social transformation”. In particular, football has been an element of rapprochement with the young population, of transmitting values ​​in the areas of culture and sport, “in addition to giving visibility to the Arab world.”

The new alliance between LaLiga and Casa Árabe will reinforce their commitment to supporting the development of the Middle East and North Africa.

With information from news agencies and international media

Expert tips for a safer relationship with social networks

Xiaomi removes the surname “Mi” from its devices

Trump and Kim Jong Un could meet again for negotiations