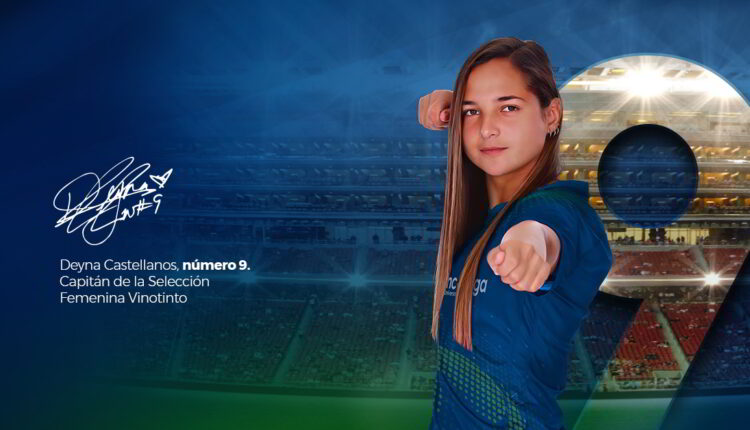 Deyna Castellanos promotes perseverance as the new face of Bancamiga

For the leader of the Vinotinto Women's National Team, representing Bancamiga is a great honor and a way to provide motivation to all young people through football, which is her greatest passion

Deyna Castellanos, captain of the women’s soccer team and awarded as the youngest player to be nominated for The Best FIFA award (2017), is the new official image of Bancamiga Banco Universal and from now on she will praise the pioneering organization in innovative solutions for Venezuela, indicates a statement from the financial institution.

“I am very happy to be part of Bancamiga because I can provide motivation to all Venezuelan youth through soccer, which is my greatest passion. It is a great challenge to represent them, but at the same time a great honor”, ​​he stated.

Castellanos stressed that assuming this new responsibility leads her to promote the courage that has been key to the success of her sports career. “For me, it is vital to praise the good things we have in Venezuela and that they be recognized.”

Triumph, passion and perseverance converge in Deyna, driving her to create a footballing career of great magnitude, with two South American U-17 Championships and a record of 14 goals that make her the historical scorer of these championships.

Deyna, “The Queen” of football

The soccer player affectionately receives the title of “Deyna La Reina”, thanks to her innate talent for football. A native of Maracay, Aragua state, she is currently an athlete who signed a three-year contract with Manchester City in England, where she wears the 10 shirt, a number that distinguishes leading players in football.

During the Copa América 2022, he was a guide and a fundamental piece to engage the team. Bancamiga represents development and innovation for Castellanos, who described as “motivating” that they support Venezuelan sports.

Similarly, the organization is very aware of what Deyna Castellanos means to the country due to her dedication and character. Together, they combine in that great passion and perseverance to continue building a brighter future.

In this sense, Ariel José Martínez Coujil, executive president of Bancamiga, highlighted the commitment of the institution that seeks to connect with Venezuelans through the king of sports, and in this way, strengthen their identity with an emblematic figure and what better way to do it than with a Vinotinto talent.

Petro will meet with Maduro this Tuesday

Caracas Comic Con is held on November 5 and 6

Ikea invests in sustainability and recycling

Braganza strengthens the brand concept in the market

EU will have 200,000 million euros for digitization projects